I liked his new album, not heard him before.

This is another favourite of mine from him, although he was the main guest: 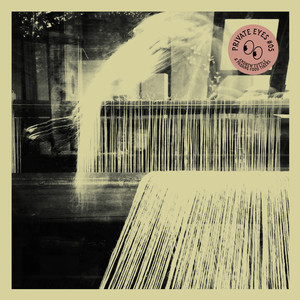 He also recorded quite an abstract track for a folk compilation I put out last year, he’s a tripper:

I like mad scientists of all descriptions & goo age fits the profile. Here he teams up with offbeat enablers Orange Milk Records to shatter recognisable sounds & instruments into sonic shards, then with a methodical madness only he can see reassemble them into wonderous, kaleidoscopic, dimension bridging, audio collages that sound like everything & nothing you’ve ever heard.

Nice to see Nu Northern Soul hit their 10th anniversary this year and this sampler of Balearic chuggers imbued with the spirit of Ibiza’s groundbreaking selectors, but nudging the sound forward whilst hinting at the label’s 2022 release schedule will sound great during your summer manoeuvres.
If this is your thing then the Slow Balearic playlist is here for you.

Richard Norris is one of the hardest working men in ambient music - it’s actually hard to keep up, but this recent two track long form release immediately leapt out due to being more electroacoustic with the strings imbuing a most pleasant future folkloric feel to the meditative proceedings.
​If you dig this you might dig the Slow Ambient playlist.

Familiarity and originality are a killer combination that don’t come along too often but this house not house, wobbly next generation French nowave wonder with its catchy and quirky vocals, warmth and general wobbliness deserves to be BIG - if only more DJs were prepared to drop the odd curveball.

Happy days! I’ve just discovered Augustus Pablo had a son - Addis Pablo, who is following in the old man’s footsteps and laying down some classic roots and dub sounds for JahSolidRock with all those evergreen golden age vibes that will never grow old. 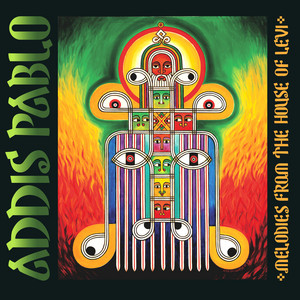 Melodies from the House of Levi

Kicking off his Danfotronics label in stunning style Emeka Ogboh hits us with some serious Afrorealism, as he transplants field recordings that perfectly capture the intense, chaotic and bustling nature of Lagos - Africa’s biggest baddest city, onto driving, hypnotic, industrial dub rhythms.

Take a look deep inside, behind the bravado, stoicism and forced smiles with Hourloupe, as they delve into the subconscious shadows, guided by a comfortingly poetic, almost ASMR like narration that holds your hand whilst your subconscious fears, desires and most private dreams are revealed.

Ambient Americana might not even exist, or at least would be in decidedly more electronic territory if it weren’t for the pedal steel guitar. Its sound simultaneously serenades the wide open US wilderness, gazes at star littered skies in wonderment & keens in tandem with nature’s current death throes. Luke Schneider has done a fine job of showcasing some of the finest modern exponents of this deliciously hazy, unhurried instrument for Tompkins Square.

One for vinyl crew and the end of year lists!

Great to hear Rich Ruth back and climbing the record label league table with Third Man records, but buckle in as his latest LP is a wild lysergic benzodiazepine, golden age jazz trip, with the spiritual and New Age moments offering momentary cosmic breathing space between the intensity of the free spirited sonic waves. How the hell he pulled it off with remote recordings makes it even more remarkable!