What don't you get

I feel your pain

I thought it was a bit wank! Like that Limmy sketch ‘Bit annoying, ain’t it?’

i’d agree. i like portishead just fine but i’d rather listen to that first lamb album.

the early thievery corp stuff is pretty rude and dread. i think they did a great job of slipping those elements into the cafe 7disc multiplayer cartridge

On this subject. How can you tell if you’re in a shit festival band? You have the word ‘dub’ in your name. Back to music and what boils my p.

The word ‘Motown’ on any kind of flyer, poster and Facebook up coming gig.

It’s like Disco, the Second Summer Of Love, Rave, House, the massive revival of Disco & Boogie and the f-ing Internet never happened for these people.

Apologies if this has been raised before…

I think it’s just a crude say of saying that soul music will be played and Motown is just an easy way of saying it without having to mention the words ‘Northern’ and ‘Soul’.

Don’t get me started on this cunt.

The Utrecht record fair. Now I love records, but the prospect of being stuck with thousands of (other) bearded fifty-somethings drooling over some private press Albanian free jazz album priced at £350 brings me out in hives. Not for me, don’t get it. Reduces music to football sticker collecting levels of pointlessness.

I couldn’t watch it. I think I could probably have narrated it word for word. Plus seeing Noely G in the trailer was enough for me to be out

It is like that to some extent but there is also lots of cheap records and friendly people. I haven’t been there for a while but i only have positive experiences from it. Met some great people there who recommended cool stuff and invited me along for a drink and chat. I think you’d find lots of records and nice people if you went and whenever the 50+ droolers comes around you can just move on to the next stall. 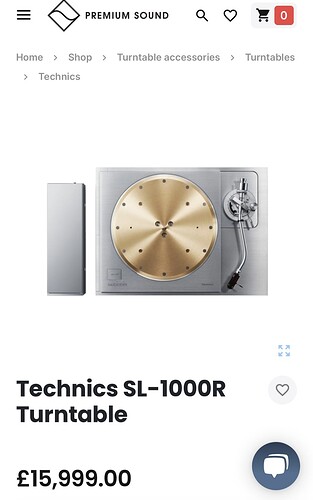 Video of DJ’s to promote the shiny new coloured Technics. Second one in, after about 15 minutes. Why would you spin 12”s then place the 45 adapters on top?TECHNICS’ 50TH YEAR SL-1200 ANNIVERSARY - HERO DJ SET - YouTube