Not even for his £600 Thom Browne cardigans?

9 points adrift but I suppose the board want to at least chase Celtic, it’s not impossible. Was Giovanni liked by the fans?

Not even for his £600 Thom Browne cardigans?

The situation with GVB is more complicated. During pre-season chose to not do the usual fitness stuff and concentrate on ball work. We’ve been blowing out our arse all season. Lot’s of rumours of fall outs within squad/management team.
Used the excuse of financial gap for the CL defeats then consistantly drops points to teams in the league with exactly the same kind of financial gaps. You can’t have it both ways.

Biggest for me is the turgid football. And stubbornly not changing despite results. That’s also on the players imo but it will aways be the manager to go…

He was rumoured for us too, until he categorically ruled it out

No one’s robbing the trophy room

Richarlison with the goal of the tounament so far

I’ve only watched a bit of the Spain game and most of the Brazil 2nd half. Spain looked very good. 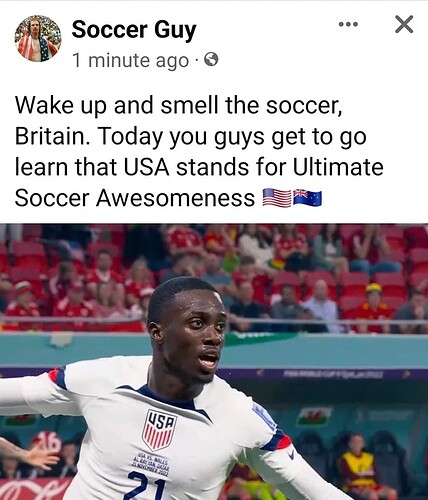 What the bejeebus was that ?

Really poor, lucky to get a point.

Great endings to the groups today, all sorts going off.

I’m Brazilian but for 90 mins I was Japanese today

There’s quite a few people with Japanese heritage in Brazil - is that right?

Yep, we have the biggest Japanese ex-pat population in the world. Big migration in the early 20th century. But my family isn’t Japanese or anything like that, I was just rooting for them.

I thought so. Yes so was I, lived in Japan for a while in the early 00s.