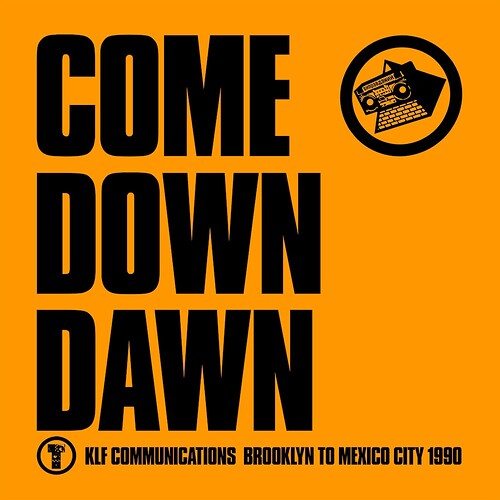 Come Down Dawn is an updated version of Chill Out and the second entry in the Samplecity Thru Trancentral series, released on 4 Feb 2021. 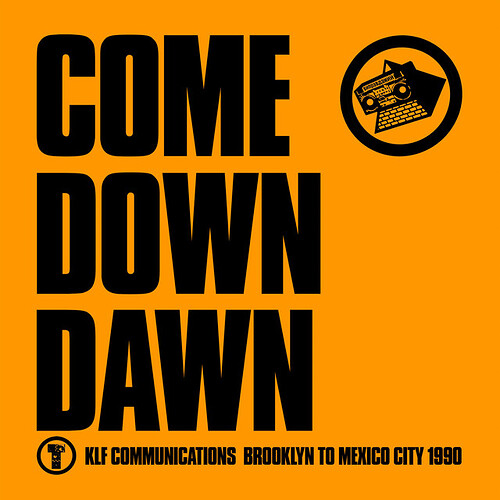 Come Down Dawn, an album by The KLF, The Justified Ancients of Mu Mu on Spotify

Not sure how this is any different so far. No Elvis perhaps?

In fact from one listen it looks like all of the main samples are gone, no Elvis, Acker Bilk, Fleetwood Mac, 808 state…with added KLF samples, ‘Doctorin the tardis’ drifts in and out a few times…Chill Out but not as we know it!

I like this without all the main samples…its handy to have digitally too,it seems to be a monthly release schedule so loooking forward to the moody boys one and hopefully the pure trance series they did way back when.

I thought they might reissue Chill Out as it was. Is that not happening?

Yeah it’s lovely and so nice to have this on the go. Just took a look at the 'cogs–had no idea the CD/vinyl were OOP.

Been slightly obsessed with this since it’s release, still play it all the time, weirdly I picked up a world music cd a while back that they had used for chill out. It’s got the goat herding samples and also the throat singers in their entirety as well as lots of other goodness…

I posted this before on TP but when I was working with International Feel I wrote to Bill Drummond asking about the possibility of a Chill Out II. He was kind enough to respond as follows…

Are you suggesting that you make a Chill Out II. If so I guess you are totally free to do so, I don’t think we could either sanction it or stop it.

Chill Out was of its time. This is not it.

But I guess anybody with modern desc top stuff could make a Chill Out sounding record pretty easily. Just not us.

A lot of buses have pulled up at the stop since then.

One of Bills 10 commandments, and of course this is number 11.

“11 Accept the contradictions
This is my get-out clause. One that I’ve been using since Jimmy Cauty and I were [first working together [in the KLF] back in 1987]. Any time someone points out the flaws in my arguments about art and how it should be made, I trot this one out. I have no rationale to back it up but it always leads to the next interesting unknown.”

Justified, and Ancient, and they drive an ice-cream van…

This is from John Higgs last newsletter

Blake and the KLF have a lot in common. A fundamental concept from Robert Anton Wilson and the Discordian mythos that the KLF adopted was an understanding of reality tunnels – how our minds construct a limited mental model of the world outside our skull, which we then confuse with reality itself. The key lesson here is that it is important not to believe your own model or Belief System – or to put it simply, to not fall for your own BS.

This is also a Blakean idea. Blake personified the act of mentally creating a world, and then mistakenly believing that the limits of this world were all there is, with a character he called Urizen. Urizen is rational and insecure and desperate to believe his own BS. He is blind to how limited his mental abstractions are, and he cannot see anything beyond them. Like all of Blake’s characters, he exists in all of us. He is useful and we need him, but we also need to recognise how limited he is.

A good illustration of this is Blake’s painting Newton – in which the scientist becomes a representation of Urizen. Here we see Isaac Newton in a strange, atmospheric, organic and shapeless world, which we interpret as the bottom of the ocean until we notice that Newton and his scroll are dry. Newton is blind to the larger world in which he sits because he is focused on his work and the rational abstractions that he mistakes for the wider reality. Rational abstractions like this are, in many ways, brilliant and useful, but they are also the ‘mind-forged manacles’ that keep us locked inside our flawed, limited reality tunnels. They prevent us from seeing beyond ourselves – the place for which the White Room is as good a metaphor as any.

What is the solution? Blake stresses that we need forgiveness to escape – if only briefly – from those mind-forged manacles. As he tells us, ‘Mutual forgiveness of each vice / Such are the Gates of Paradise’. To forgive is not to allow an aggressor to avoid punishment, but to free ourselves from resentment. True, forgiveness is not always easy, especially for those suffering from repeated attack. But it still remains a goal to aim for because, if we let our grudges linger, they become part of our identity, trapping and defining us like unwise tattoos. In A Christmas Carol , Marley’s spirit is trapped in chains of greed, but we can equally snare ourselves in chains of resentment.

To experience Eternity, Blake tells us, we need to be able to be able to slip lightly out of our identities and look beyond our sense of self. Then we can streak naked through the White Room. But resentment, blame, and the extent to which injustice can come to define us acts like a heavy overcoat that we struggle to remove. In this context, what exactly was the purpose of The KLF’s one-sided war with the music industry? It certainly didn’t affect the industry in any way. Was it a useful act of integrity, or were they defining themselves by decades-old grudges that were comfortable and self righteous but ultimately limiting?

The mental model that Urizen creates is constructed out of opposites – light and dark, warm and hot, us and them, and so on. As a result, there can never be a complete utopia or dystopia, only the tension between these ideas. We will always live in an imperfect world, and we will never be done attempting to improve it. We will always be trying to work out what is fair and what works. This can seem exhausting and overwhelming at times, but it is a burden that is much easier to bear when you have moments of transcendence in your life. Your inner Urizen will try to tell you that transcendence is self-indulgent or a denial of suffering. It is neither of these things. Transcendence is fuel.

The KLF’s abandonment of what they used to stand for can be seen as the dropping of their own mind-forged manacles and a return to the limitless liberation that their music was always about. As the overall title they’ve given their re-release programme tells us, the intended journey is ‘Sample City Through Transcentral.’ That title makes most sense, perhaps, during their now re-released track [It’s Grim Up North, when the white noise and techno eventually gives way to the sunrise of Blake’s Jerusalem

I’ve always felt Chill out and what time is love are their only good tracks…(Space too but perhaps but that was Jimmy on his own I think).
Did they do anything else worth listening to?

Did you not like 3am Eternal, or Last Train to Trancentral? So similar to What Time Is Love, I couldn’t possibly like one without also enjoying the other two.

I’ve ordered one of the Chill Out reissues. I’ll report back with quality report when it arrives.

No. Nor when they started putting vocals on WTIL, tho I did like Ricardo da force at the time when it moved away from the instrumental it all started sounding like it was being made for a mass market…which it probably was, and very well done too, but those pure trance instrumental WTIL (and Chill Out) seemed to capture a moment perfectly and feel made from the heart.

I’ve got friends who would probably not speak to me if they read that but it bugs me their music gets held in such high regard. I total love their attitude and the way they went about things and all the pranks etc, total genius, but as for most the music, it’s fun and gimmicky and very well made but nahh…not for me

I thought the whole point of the Stadium House Trilogy was that it was mass-market, broad appeal material. If your goal is to make the biggest, most pop-friendly rave-crossover moment you can, then it has to be bright, gimmicky, hook-stuffed personality-driven capital-P Pop, and they managed to do it without it being cheap or cynical.

Found myself feeling slightly disappointed at these reissues so thanks for pointing this out and reminding me not to take any of it seriously .

Agreed and hats off to them for that. They moved things on from Stock aitkin n Waterman all for the good. All I’m questioning is looking back they only really made 2 or 3 brilliant pieces of music (a lot more than most people do) that I would happily play to people and not expect them to waste their time trudging through the other stuff…Unless for some history of pop music study or something. I may be way off and happily proved wrong.

Cautys RIOT tour in the other hand was properly brilliant

Agreed. Same with Doctorin’ the Tardis. They gave up trying to make this track work as an underground record and went with the flow… let’s make a number one out and out pop record

I still think its brilliant. The Glitterbeat is genius