No caps, no hats, no sportswear! (Dress codes & door policies)

The appeal of Acid House/Balearic, beyond the music itself, was its casual non-elitist nature. I’ve never done smart, smart casual maybe, but I’ve never had a desire to look polished, pressed or ‘well presented’. Suffice to say the idea of conforming to a swanky dress code has always turned me off. That’s not to say I don’t appreciate that getting the right like minded people through the door can make or break a club night.

I remember having to up my game as an 18 year old in the hope of getting through the door at my beloved Back to Basics in Leeds, but that didn’t seem like some unnecessarily pompous vetting system - rather them trying to set the right tone and maintain an attitude.

It was only a couple of year after that with the onset of Handbag House and I suspect the influx of cocaine that it all got a bit dressy, lots of Patrick Cox loafers and shiny shirts. Not my bag. 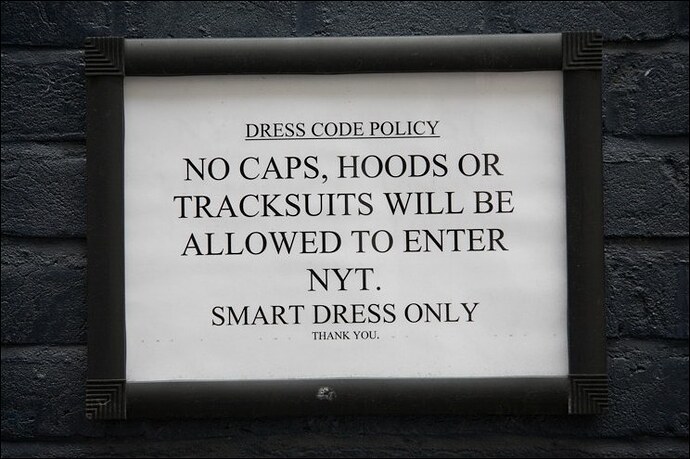 Being old enough to remember signs saying ‘no visible tattoos’ outside nightclubs, it just seems so strange now.

Did the reverse classic cliché first time I went to Shoom, wore my best Black Market at the Wag outfit, Weejuns, DeMob trousers, black Polo neck and Kenzo embroidered waistcoat. Was slightly too hot and very over dressed, think darling Jenny must have felt sorry for me. Remember thinking what the billy bollocks is going on in here. All made sense after an hour or so

In Dubai years ago I was asked to leave a restaurant at 7pm, No shorts allowed

This happened to me in Miami Beach surrounded by some of the most vile humans I’ve ever witnessed. I was happy to leave, take a walk in my comfortable shorts, and eat an empanada on a bench.

The funny/sad thing about the “no jeans no hoodies no sneakers” clubs is they were often some of the most violent places.

Also infamous shithead doorman Kenny Kenny once yelled at me for wearing a down vest to a Peter Gatien establishment. The irony of him caring about my vest when half the people in there came for the express purpose of buying hard drugs from his employer was pretty rich.

That said, dressing cool got me in to more clubs I had NO business being in when I was a teenager than I can count so I guess the dress code thing had an element of meritocracy to it- if you looked like you should make the scene you made the scene. 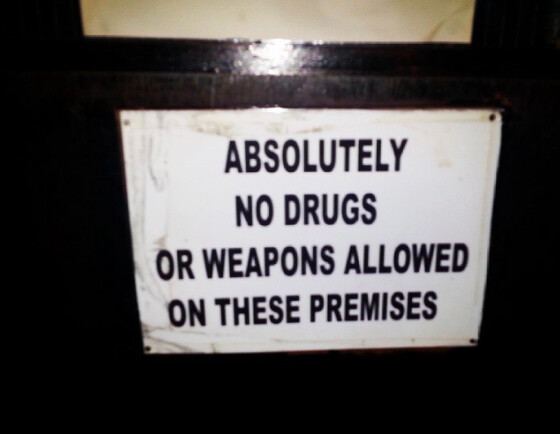 Just one of the traditional places on Stoke Newington Rd years ago. I think there used to be one that said more specifically “No crack smoking” but I don’t have a photo of that.

aww gutted, my plans to head out with a samurai sword with a handle stuffed full of heroin will need to wait

Someone was talking about the Blitz Club on another thread - a place where (apparently) you wouldn’t get in unless you’d made your own outfit, from scratch, that week. You literally had to wear something that had never been worn before.

They allowed shorts during the day but not after 7pm

. They should have took into consideration the Irish thrist for cold beers during the sweltering 52° heat

I’m always suspicious of people who make a little too much effort to get dressed up for dancing - when I go out I want to sweat, and I’m prepared to have something spilled on me. It’s nice to make an effort - it makes you feel good and gives you a sense of confidence - but too much can feel more like a fashion show than a party.

Ont the other hand, the Berghain/Berlin “uniform” of wearing all black has zero appeal to me either. The technobro homogenuity feels like an attempt to exclude anyone who is different - no room for anyone who isn’t white, straight-passing, etc. 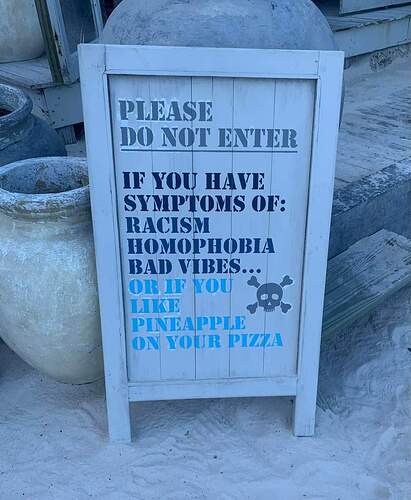 And yet they still allowed Spandau Ballet in every week 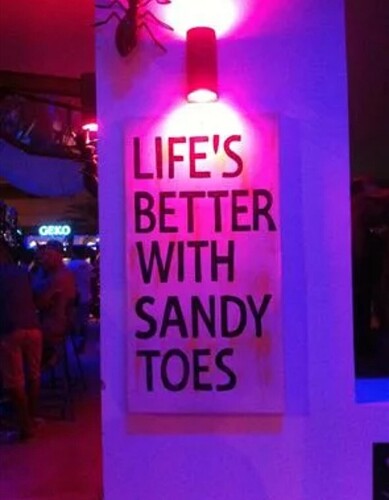 I went to a club the other week where the crowd was very much 25 and under and I was struck by how scruffy they all looked, particulary the guys. Lots of cheap sportswear, and ill fitting tee shirts / jeans. Looked like they’d just tipped up in the stuff they’d been chilling on the sofa in. I mean I know its not 1988 anymore but it just made the place and atmosphere look bad. I think a small amount of effort should be required

As for Berghain, I’m not sure if the black look is a myth borne out of what peoples expections are to get in there. I’ve seen all kinds of people turned away, even wearing what you’d think would get them in. I’ve got in there about four times and been turned away twice. The last time I was with three male friends, the door guy was about to wave two of us in until he saw my third mate and said no. I’m convinced the policy there is if the face fits more than anything else. Its supposed to be about maintaining the right balance for the people inside to be comforable being who they want to be, but without doubt there is more than an air of snobbery about the door pickers attitude. 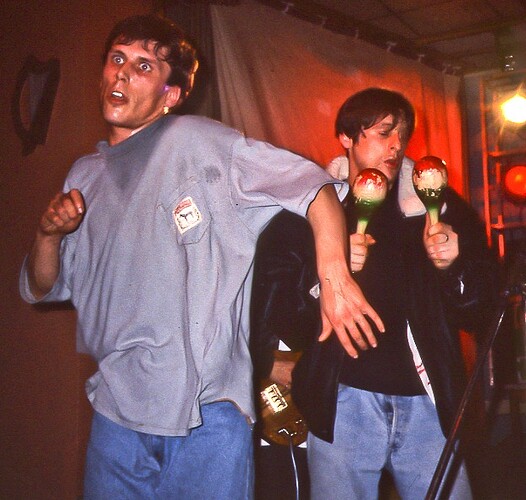