Local DJs that had a big impact on you but weren’t more widely known.

DJ West One in Bristol for me. Mixtapes of killer house and technically miles ahead, it felt.

This did my head in (in a good way) 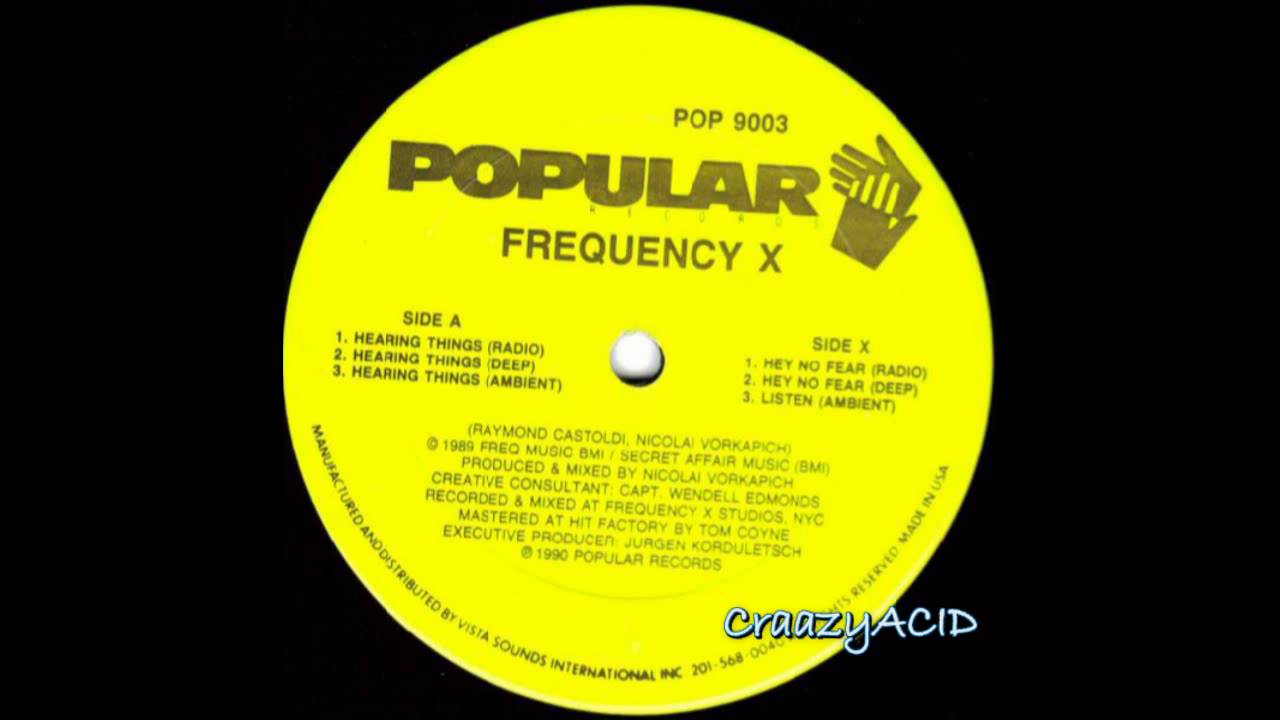 He’s on here and he is going to hate me for saying it but Francois Parker. He’s just superb.

Massively collection of beautiful Japanese stuff (his parter is Japanese), amazing edit channel on youtube which far too many people don’t know about (https://www.youtube.com/c/FrancoisParkersEmporium/videos), Wicked Mixcloud page chock full of beauties (Mixcloud - personal fave is Aqua Libre), massive knowledge of the UK hiphop scene (he has recently been referenced in a book about it), sick disco/house/chug/balearic chops and just all round nice guy who always shares his knowledge. If he was in Manchester/Bristol/London this guy would have been much bigger news (we’re in Plymouth).

In Birmingham: Steve Thornton, Rob J and Dean Sunshine Smith. All have great taste in music, interests and passions in a variety of humble and kind ways. I always hear good music from all of them and remain inspired by their selections, ideas and who they are as people.

A DJ I fully respect is Nick Cubley of Seekmagic, a great bloke and a great selector - he knows his onions and has a great ear for music. One of my favourite DJ’s and his MixCloud is always a treat.

Just down the road in Bath, hi! Main one that springs to mind is Mr Mulatto. Wicked early 90’s deep house/garage vibe, played a bit with the DIY crew who did a few parties in the area around that time.

Remember the name West One don’t think I heard the mix tapes, anything around online?

Yes, definitely agree with you on Grant & Mr Mulatto as well.

I found a link to a set on pirate radio a while back - let me see if I can unearth it.

Dave Booth in Manchester, his roots go back to the punk era in Manchester through to late 80s Hacienda, Stone Roses warm up DJ & beyond.
One of his tapes from '89/‘90 was the first mixtape I ever heard, my uncle dubbed me a copy, which I still have, blew my 14yo mind.
Loved how he skilfully moved through different genres but made it work.
I later met him whilst he was working at Beatin’ Rhythm records in the NQ in Manchester & told him the impact his tape had on my young mind.
Lovely, modest guy as well, unfortunately he died last year.
R.I.P. Dave.

Tony Weaver from my time in Manchester.

There are a few other names in the SP scene, but they’ve managed to get themselves a few gigs abroad, but I’ll mention them anyway:

Marcio Vermelho (aka Vermelho)
Barbara Boeing (now living in europe, has had a few higher profile gigs)
Millos Kaiser
Augusto Olivani (aka Trepanado)
(last two used to be known as “Selvagem” which was their party - Augusto now runs it solo - but they are fantastic individual DJ’s in their own right.)

Only just seen this thread, thanks for the props Jack.

Barry Redsetta in Dublin. Not sure he has any mixes online bar this one. He was a super warmup DJ, always setting the tone right. Often better than the headliners imo.

in Glasgow people go wild for Jackmaster but I’ve always thought Spencer is madly-under-rated for doing a similar thing and often even better.

Sofay and Ribeka both do a lot of warm-up sets and I’ve heard them get treated like a bit of a joke (“oh I wonder who’ll be on 11pm-1am tonight?”) but they’re reliably good.

No worries, amigo. Looking forward to catching up at ze cafe

While my school was the wrong (right?) side of the Penines when acid house and Madchester hit, everything changed over night. Kids at school were DJing at The Orbit (first Ossett then Morley), spots at the Hacienda and much more. My village spawned Nigel Walker (Orbit resident), Ali Cooke (Dave Beers BtoB partner who sadly passed away too early), Boggy (James Holdroyd, BtoB resident, Chemical Brothers DJ and so much more) and many other DJs most of whom succumbed to the excesses of the time. I believe even legendary producer Mark Bell’s family had a house in our small Northern village. While everyone strived to make it to the bigger cities (Leeds, Sheffield and Manchester) we had other amazing DJs who provided an alternative, a remedy, against Wakefield’s towny playlist. One notable member being DJ Ziggy Love who used to play regular hip-hop/soul sets before moving South and creating productions for the likes of Ninja Tune and such.

Apologies for the rant but these people shaped my musical tastes and expectations for which I’m grateful.

It was perfectly normal

If you are/were in Bath, this might be of interest to you. Via Matt Anniss of Join The Future…

Call for Bath music and nightlife stories for major project

Could your clubbing days be of historical value?

Back in the early 90s in Northern California my mate James Presley. The Wicked Crew were the mainstays of the scene but James was (is) a KILLER DJ. Could play anything but as a house DJ he was incredible. Here in NYC Justin Strauss, although he’s not exactly unknown. When he lived here Andi Hanley - everyone knows his edits but as a DJ he was fantastic.