DJ History is coming back! 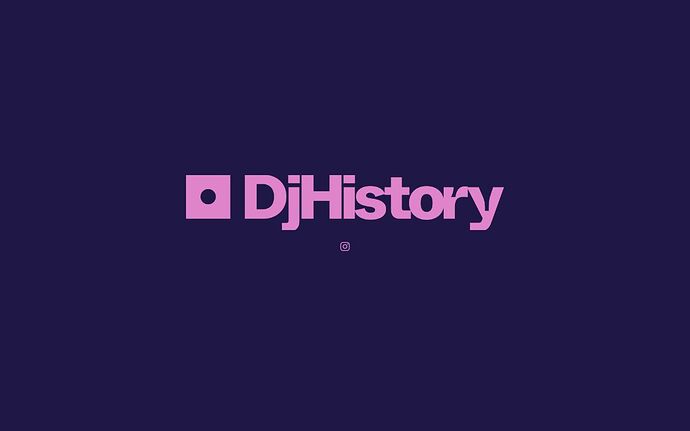 Welcome back - good to hear

Did it not die a natural death? I.e people stopped posting on it.

It did seem very cock heavy and as I think Greg Wilson said it kind of went up its own arse.

I signed up to the email yesterday but feel kind of conflicted about it. Whilst I’m sentimental about those years, the learning, parties, friends I made, ‘second comings’ are never the same. Also I think you guys already have the forum covered. Feels daft posting the same stuff to 2 similar communities. As for Greg Wilson, he might still be smarting after getting roasted on one infamous thread for suggesting making obscure music more accessible for mass consumption

Most if not all dance music forums died. Everyone thought social media was better. It wasn’t

Used to be on DJ History, Whistlebump, Faith, Deep House Page and a few more. Test Pressing has been the best of the lot, mainly due to the lovely folk, great knowledge and info and total lack of toxicity. How Forums should be, good job everyone.

I think his post on it said it started off well and inclusive and then became very cliquey, one Nottingham dj who joined simply put up a couple of his own mixes was dismissed as bring too mainstream. Bear in mind he was someone who made a large part of his living DJing whereas the other guy did not.

Everything has a lifespan, forums , relationships etc. I don’t know the real reason it is starting up again, maybe boredom or they think they can make some cash from it - though I think they said they lost a lot last.

I’m sure those who join will enjoy it.

certain members were a bit jaded and misanthropic but personally I never found it that cliquey, certainly not like Faith where all newcomers underwent a bruising initiation. Vaguely remember someone (Doctor Hotpants?) dropping in from the Defected forum and basically getting hounded for knowing their Sasha and not knowing their Clash. Never to be seen again…

I always liked DJH, like here, so much knowledge and the people were very nice I don’t remember any dickheads. Faith, on the other hand. I’m sure it was enjoyable if you’re into that kind of thing. It seemed to me you’d be attacked for typing Hello for the sake of being attacked. I remember thinking i’ll give the club nights a miss based on the forum.

No interest in posting on another forum but always up for this. More weird things that I never thought I’d type but I feel the void left by Red Bull ending their music stuff. They published some incredible stuff that just wouldn’t have found a home elsewhere.

Bill and Frank are such great and such knowledgable people so I think it’ll be good and matey that they are doing the new DJH with seems like a good guy too. Much room for everyone really as I think we all realised we can talk and share on here in a conversational way that is missing in social / insta land. Bill and Frank are also working on an expanded version of the bible aka Last Night A DJ. That’ll be ace.

And yes I agree that we’ve managed to create a really accepting community of knowledgable music people here that like a bit of everything - old and new. Even if it grinds to a halt and DJH takes up the baton it’s been fun. I’ve found loads of good music via you lot and for that I’m very grateful : )

P.S I sort of always dreamed of having the TP forum behind a secret little button that just quietly existed in its own dimension. Maybe that’s what we have : )

TP is definitely a pleasant and tranquil forum, super friendly and a treasure trove of knowledge. That’s maybe it’s niche, so long may it continue

i was on DJH quite a bit and i generally found it to be pretty inclusive. i think the real issue was when the actual forum format changed - from what i could tell there were tech/data retention issues and in the act of upgrading, they lost a ton of historical threads and search functionality. it’d go down for a few days, and in doing so - it just lost eyeballs.

that the migration coincided with the addition of a merch marketplace probably made the whole thing feel like a bit of an attempt to cash in rather than a necessary move just to keep it up and running.

still got a DJH t-shirt around here somewhere! thanks bill!

I’ve given the guys the name of this forum software so it’ll probably be quite similar to this.

Sleeping with the enemy