Woah. Shame if this is the end. They are so fucking good on that major worldwide level… To go from jacking house business all the way to the top and make some massive pop records along the way and amazing videos is something to be proud of. And very nice people to boot. I had my name on the first album cause I used to send Thomas records from Junior Boy’s Own where I worked. He had very good taste heh. Amazing way to end it if its true.

Was bound to happen eventually, and I hope this means they’ll release more stuff on their own without the pressure/questions that would arise. It’s been 8 years since they released something, so not as shocking to me as it seems to be for so many people. End of an era, on to the next.

Only vaguely “I was there moment” was seeing them DJ in Plastic People(Tottenham Court Road one) for £1.99. A Who’s in town night and they were awesome. Then at The End a couple of nights later.

loved the Roule years and the ‘Touch’ scene. hearing ‘Alive’ out when you were fried was something else

We had a works night out to see them play an early live show at The Astoria. Must have been doing pretty well by then to sell that place out. I think they were headlining anyway…

I just remember they had a screen on the front that had a soundwave that responded visually to the music… It was a pretty tidy but v simple show.

They supported the Dust(Chemical) Brothers at the Astoria. Remember it being brilliant and quite stripped down. Peak 90’s gig that one.

That was some night, one not to be forgotten

I saw the live show in Barrowlands, Halloween 97. I was 17, got driven there in a parents people carrier. Blew my mind, both the show and the fact you could fit 8 people in one car

I remember buying Da Funk in that orange Soma sleeve after hearing it on John Perl. Then I got to see them soon after at Rock City in Nottingham on their Homework tour - was all very small on scale but beautifully big in sound.

That may well have been the one…

This still one of my favourites
Daft Punk- Essential Mix - 1997.03.02 by retailgroup on #SoundCloud

Had our ‘We were there’ moment when we saw them in September 1995 on the Renfrew Ferry in Glasgow. They’d signed with Soma and played a live analogue set at Slam’s party on the boat, what a night!

Love that mix, probably my fave E mix along with the MAW one from the same period, so much good stuff on it.
Apparently Thomas did it on his own, on that guy from Ed Banger Records decks in Paris

As good a time as ever to reup this great 1997 interview Charlie Porter did with them. 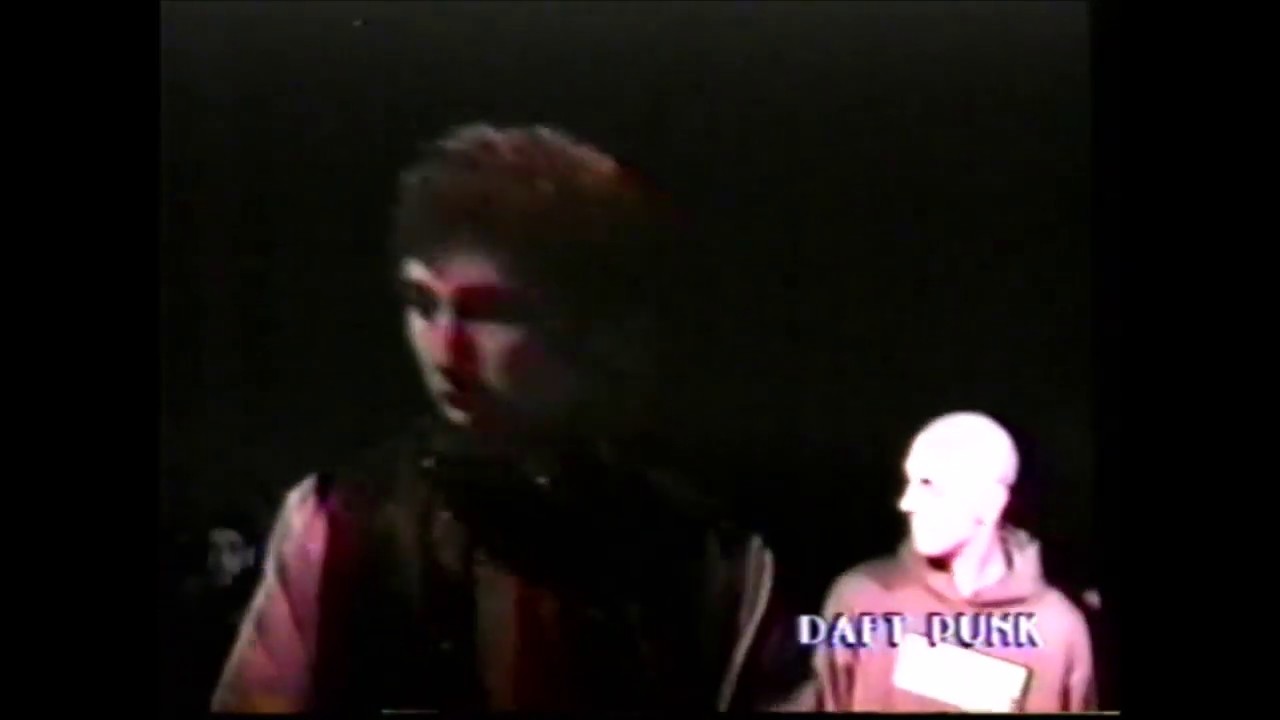 Here’s a mix of their Chicago/Detroit/Paris/London ‘Homework’ era influences I did years ago.