I just did an interview with William Orbit that I’ve just posted… It’s a long one but hopefully of interest. 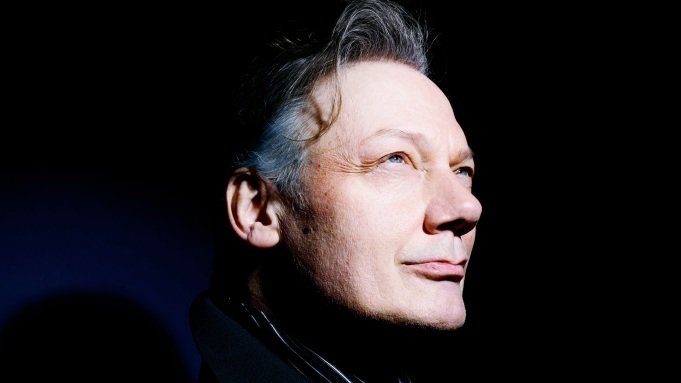 I love those IRS No Speak adverts. They have the whiff of Morley/ZTT about them

nice intv. he’s probably more used to getting asked about Madonna all the time!

are you allowed to tell us why Guerrilla ended, or is that still hush-hush? vaguely remember Miles Simpson writing a very good, nostalgic piece about Guerrilla/early prog, if I can find it somewhere. ‘blokes in pony tails’ was the term used lol

It’s fine to say… The label just sort of got stuck in that hole where you have to keep feeding the beast so it was pumping out releases to cover the manufacturing costs to keep going and then it did a deal with Prime (European label) for an advance which meant we had their releases and they had ours and some of theirs weren’t very good tbh (though there were exceptions such as Trance Induction - New Age Heart Core which still sounds absolutely killer). And stuff was expensive back then… You had to hire studios etc and then we were also spending money on expensive sleeves with ME Company or Designers Republic… So it sort of racked up. Compare it to JBO which is where I went afterwards and it was just housebags and smashing out the hits. Far easier.

Or compare it to now where I can pretty much do it all from my sofa on my laptop… From making the track to design to distribution.

Really glad to see this up on the site, great interview, Paul - could have gone for rather a bit longer as far as I’m concerned

Orbit was/is such a touchstone and has had his hands on so many things. Lockdown we played the last Torch Song record quite a bit, love that deep bass. Sounds like he’s been through some shit and come out the other end all right, looking forward to hearing more from him. Also sent me down a rabbit hole this morning reading about Miles Copeland père who was apparently a CIA spook extraordinaire involved in the coup against Mossadegh…

Thanks and and am looking forward to reading this, love Secret Cargo LP and his early remixes with Mark Moore etc. Think Balearic Mike featured him in one on his recent posts so must be a WO time.

A really interesting read, thanks for that.

great interview - fun to hear about how it all started, and where it’s going to next.

Recently got well into the Torch Song Ecstasy album. Were any of the tracks from that - like ‘Mothdoom Ecstasy’, ‘Zebra Room’ - played in Ibiza in the 80s?