An interesting piece from Norman records on why you may not yet have received your records.

Why is it taking so long for my vinyl to arrive? | Norman Records UK

Norman’s own Will delves into why exactly it’s taking so long for your vinyl to arrive at the moment.

Here in Australia we know about waiting.

This is a similar, well written article suggesting the vinyl bubble has burst 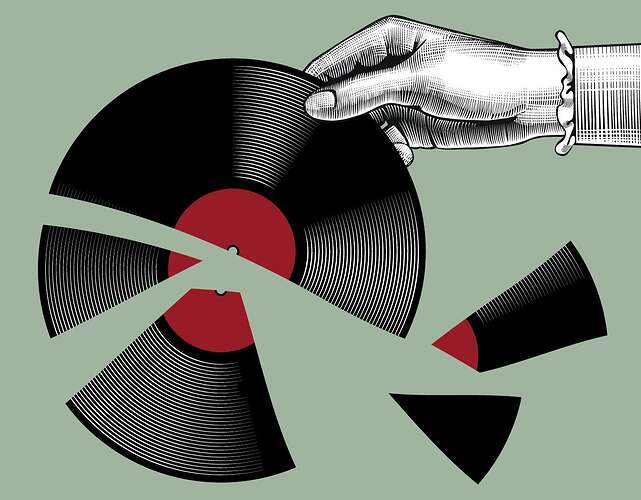 Increased demand, plus the rising prices of raw materials, have led to huge delays at record pressing plants. When will the vinyl bubble burst?

I really want to do a new vinyl release but I’m totally put off by all the reasons stated in these articles. The production delay is bad enough but when the cost to consumer is getting up to £15 + shipping I wonder whether the demand is there anymore. Pretty depressing

Another good one. I tend to buy an album a month or so, although always tempted to buy more and having to hold myself back (blew this month last night after Apiento tempted me with the Ritmo Fantasia compilation). I need to know that what I’m buying I’ll still be listening to for another 20-30 years, so I try to avoid any spur of the moment purchases.

This does mean almost no 12”s anymore. It would have to be very special for me to be spending £15-20 for a track or two.

And the environmental thing rings true, making pvc ain’t great and I have boxes and boxes of cds that no one wants now. I hope the bubble doesn’t burst but hope we find a better way to carry on production.

My theory, and buying, has gone the other way which isn’t that healthy for the bank balance .Well there’s a few theories… Less records pressed mean the new ones hold their value and go up pretty quickly in value but I like listening to music and never buy to sell so that doesn’t work for me really so the other place I’ve ended up at is 'well if a new record is say £15 - £20 and (though I really do try and support new music) the old (say) Black Dog 12" i want is £50 - £75 then its only two - four times the price of a new record so I might as well get the one I really want. It’s a ridiculous and expensive theory I am aware but my records are sounding better than ever to my ears. Though I did get rid of lots so I am working on the less is more theory too.

The first 12 inches i bought as a young teenager in the early 90’s were about 6 euro, when i really started buying a lot in 97 they were about 8 euro but some could be 10-11 euro if they were directly imported from the states. These days most of the new 12 inches i buy are somewhere between 11-15 euro. I don’t really see the problem here, i don’t think that records have had a price development that differs from other things i buy such as books. 15 euro for a quality 12 inch is the best high you can buy. If that’s too much for you maybe you should try and find another hobby.

I have just adjusted my hobby from lots of new records every week to mainly second hand records a couple of times per month. Works for me quite well most of the time although obviously I miss out on lots of great new records.

I need to reassess for sure. I’m looking at new releases everyday, adding stuff I quite like to carts/baskets and then pulling the trigger in time to get records for the weekend, especially if i’ve got a party to play at. It’s not really sustainable (even though I’ve been doing it for years😂) and I’ve got too many records that i’ll likely only play once or twice. There’s definitely an addiction type response. I had 3 records arrive on Friday morning and I can’t understand why i bought one of them at all.
I’m definitely down with the idea of not buying 3, 4 or even half a dozen records in order to get one that on the face of it is too expensive. I reckon I might be having a sale pretty soon.
I believe discogs has got a bit complicated to sell through recently. I wondered whether it might be possible/allowed to add a link here to a folder in your discogs account containing stuff you want to swap or sell and deal direct with the good folk on here. Maybe @Apiento could advise?

@LazySimon we had this discussion before… I’m all down to provide an alternative to discogs but really we need a developer who is up for getting involved for free to make it happen as I can imagine it would need some outlay. we can also see this forum is full of really lovely people, and each time I meet anyone out thats clear to see, but if things went wrong it would then be on our shoulders to sort it out which i’m not sure I could have the time to be responsible for. It would basically have to be self-maintaining in some form or another. So, short answer, in principle I’m really not averse to this, but I just would need a dev to see the value and then some time to make it happen. I know how we could do it though. So point being is anyone a shit hot dev that likes disco records? If so DM me as I do have an idea on this.