When you first hear "it"

I saw someone post a Street Sounds compilation the other day and just say that that was their gateway drug to dance music… For me it was (obvious if you are my age in the UK) Street Sounds Electro Crucial 2 and then the house moment was my mate Mark coming back with the House Hallucinates comp on A&M and us being like what the fucking fuck (minds blown). It had loads of ace acid on it. Pretty perfect introduction tbh. At that point years of collecting hip hop on tape went out the window and it was game on. What was yours? 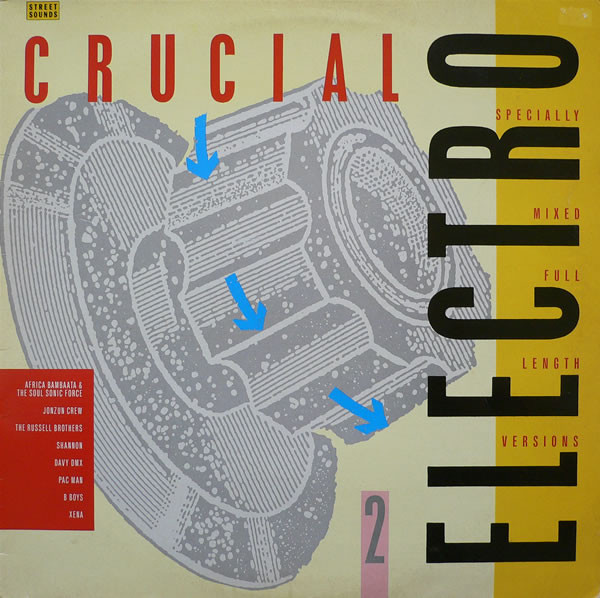 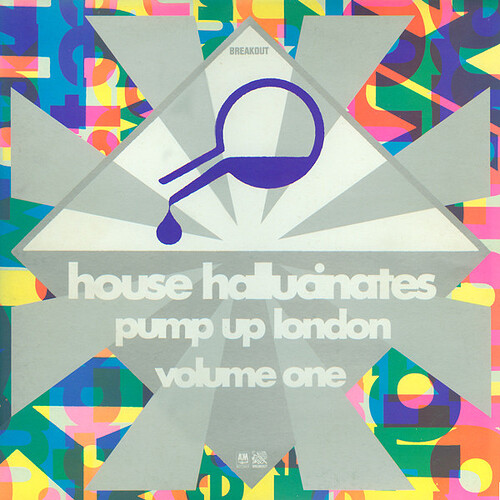 Walked in to the house room at the party my crew did (usually stayed in the back and watched stretch Armstrong get totally busy) and either Junior O or Louis Vega was playing this. Turned to my big brother and said “what the fuck is THAT???” he looked at me like I was an idiot and said “it’s the bango song.” At that point I knew that I had a shitload to learn and many many new records to chase after. A #6 Hubert Street baptism. 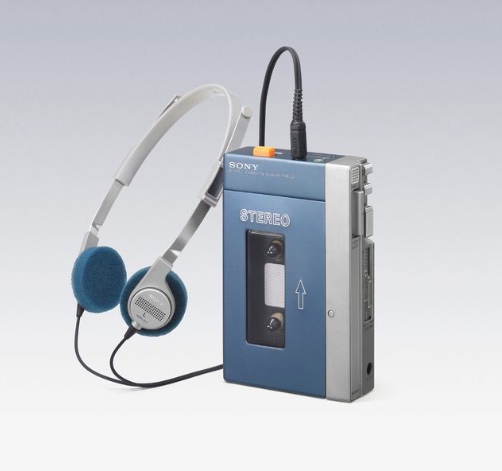 1980: Imagine if you will walking into the Sixth Form Common room seeing a mate sat down with these weird headphones on, sat down next to him and he showed me what they were connected to, was like something from outer space, never seen the like or even heard about the strange contraption.
I was recording the Charts off the radio with a mono cassette deck and wired microphone at the time, a wired open mic ffs.

His Dad was 10cc’s manger and just come back from the States with a Walkman for him. Not till I put on the headphones was my mind blown, the sound, the music, I can remember it now, was like being plugged into the Martrix for the first time.

Once I’d got over the shock I asked him what the music was, he’d taped Piccadilly Radio in STEREO on his Dads hifi!, a new show by a guy called Mike Shaft… first track was Mystic Merlin - Just can’t give you up.

Couple of weeks later managed to find The Spin Inn in Manchester and buy us a copy each of MM.

Hooked on Disco/House/Techno etc since…

Amazing. I think you always remember your first walkman. Mine was that red Sony one that had the eq on the front. Then a year or so later my parents bought me the one where the headphones wound in the back. I was literally in heaven. It even had a rechargeable battery. Magic. 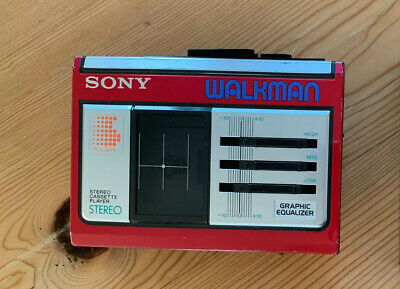 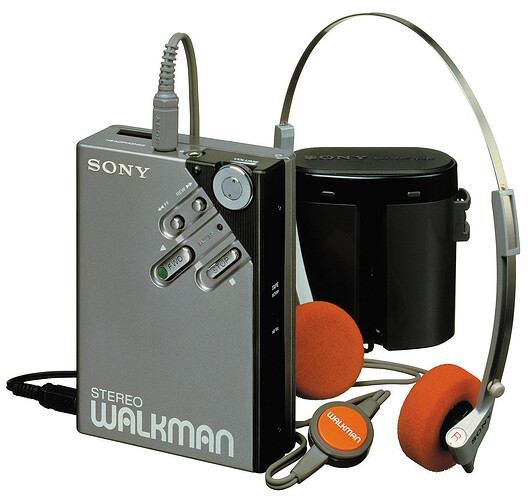 I had to forego a trip to California with the Parents to get my first one, said I wanted to study but if I didn’t go could they get me one? Bought the story and the Walkman, two weeks of heaven with new girlfriend then Walkman as a gift, seemed like I’d won the Pools!

Thats a nice one!! 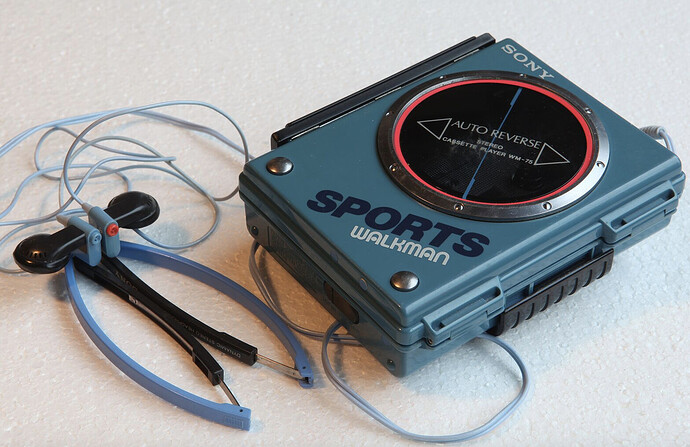 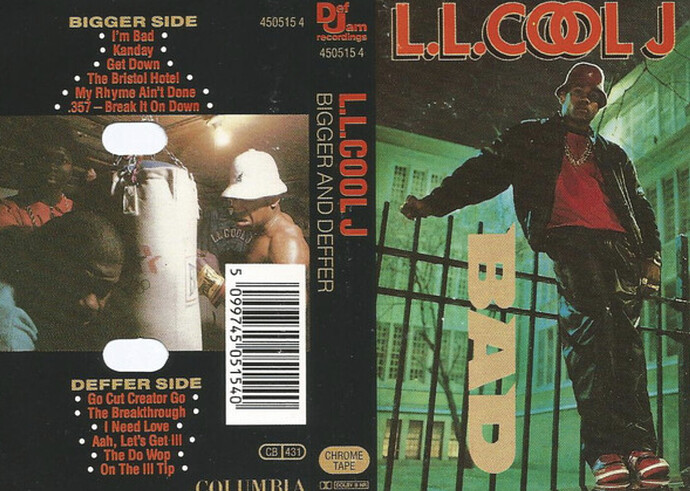 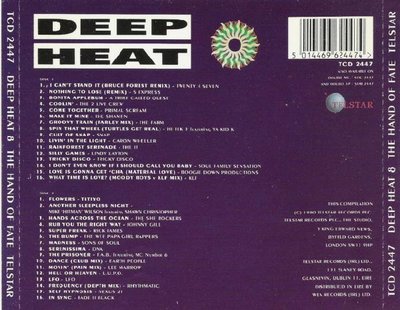 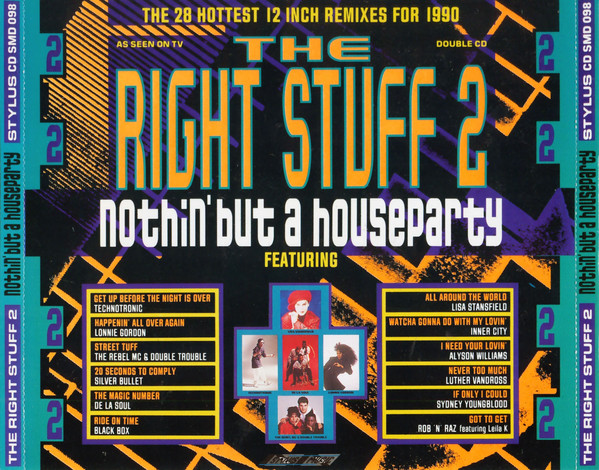 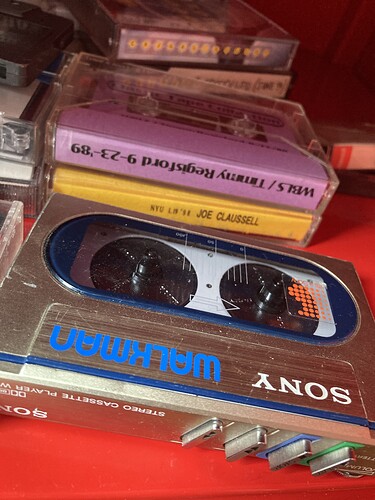 I remember the moment vividly that my music taste changed for good and hence so did I. My mom was driving me home from work and The Stone Roses - Fools Gold came on the radio. I has never heard anything like it, obviously The Byrds had never been on my radar and I went from this 16 year old teeny bopper listening to Terence Trent Darby and The Pasadenas to the coolest kid in erm, this little village in Shropshire. My appetite to discover this music was insatiable and from there I went on the discover 808 State and the rest is history. These were my initial education aged just 16 and a bit 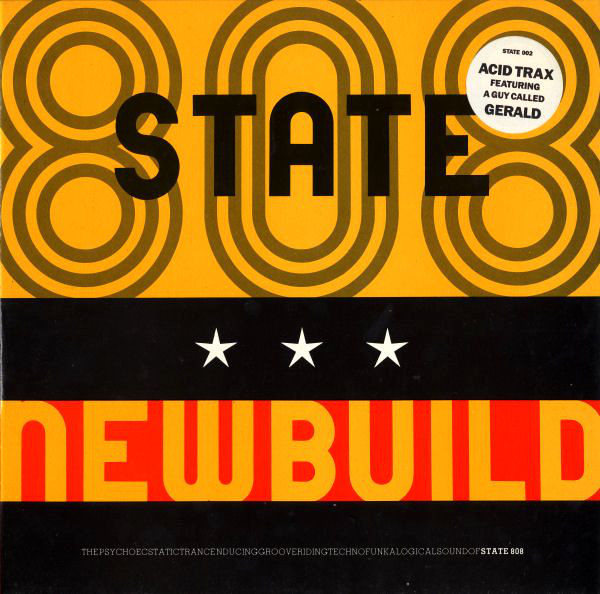 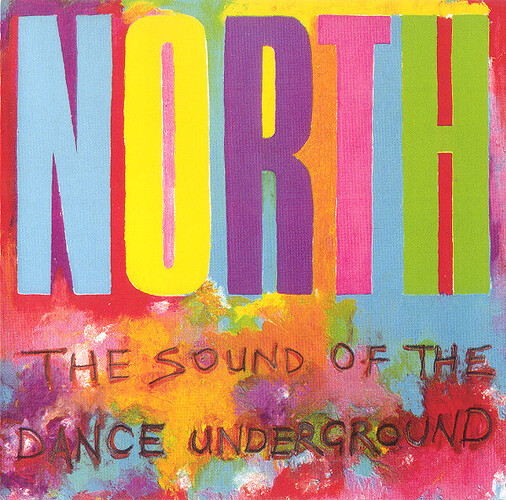 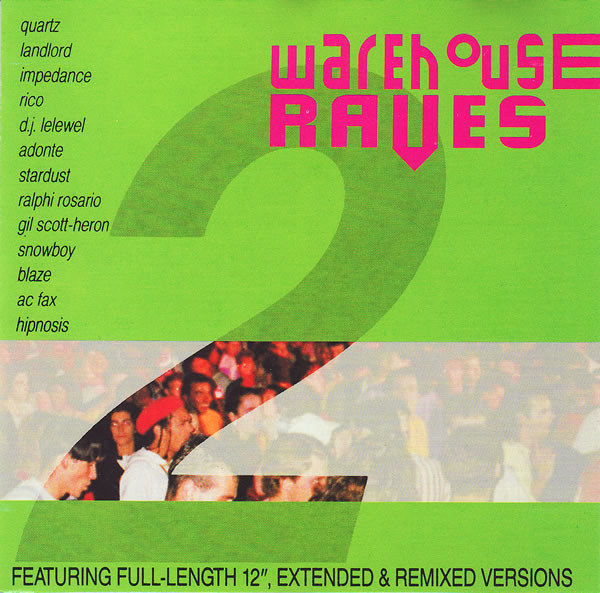 I have no idea why I bought warehouse raves vol. 2 before vol 1. I never did get vol. 1 in fact 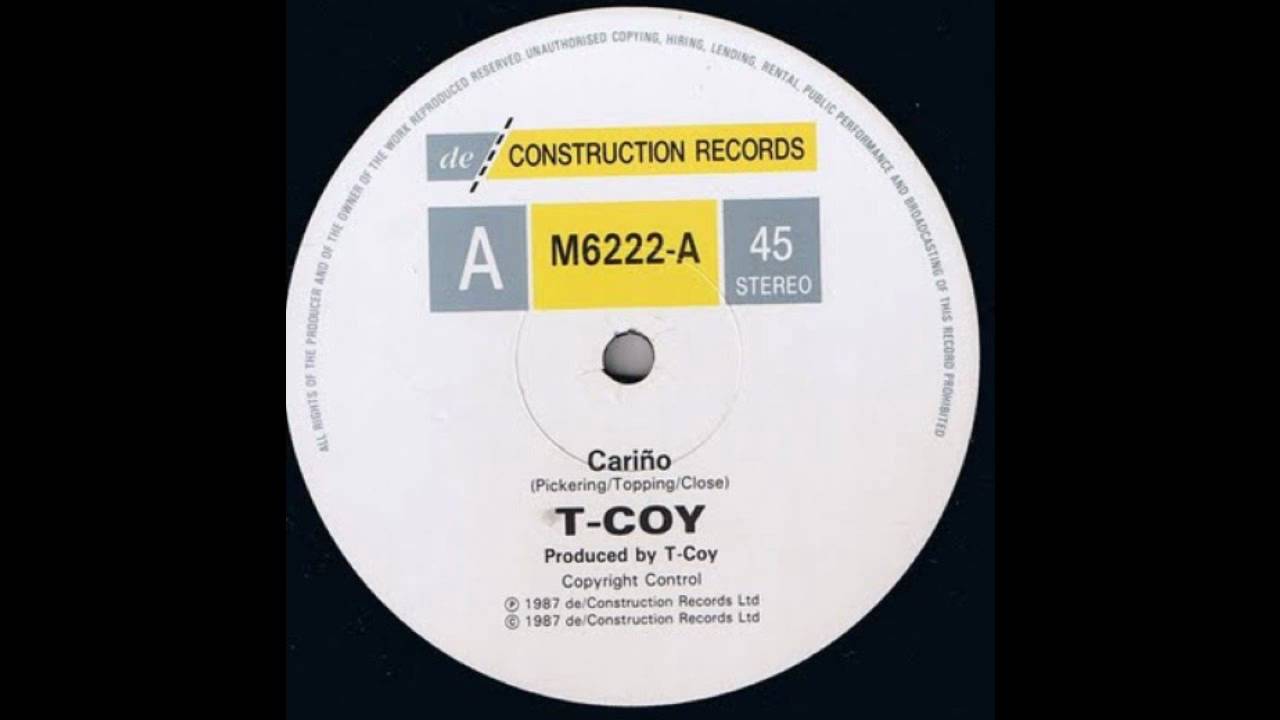 BTW DJ Lelewel seemed to be on loads of those dance music comps in the late 80s, seeing the name takes me right back to that time.

Mike Shaft’s voice on the radio is one of the sounds of my childhood along with Sweeney’s (Mike not Tim lol), i think it was him who started Sunset radio in Manchester as well which was the country’s first legal all ‘black’ music radio station before Kiss in London got a licence, bit of a Mcr legend.

I grew up in Washington DC in the 90:s Through most of my teens I was deep into straight edge hardcore and dance music was something I at the time stayed away from. Fortunately for me I had a few buddies who were into gogo and would hook me up with mixtapes. So even though I styed away from “rave music” the concept of dancing to rhythmic music was not an all together alien concept.

After I dropped straight edge listening to angry white men in bad sports gear with large X: s on their hands screaming their heads off about suburban injustices became less and less appealing. By accident I got a hold of DJ Shadows first two albums, more gogo tapes and a couple or Richie Hawtin records and that, aided by certain herbal stimulants, was when I got “it”.

For me it was my mate @mfJason bringing Stu Allan tapes back from Manchester to Milton Keynes. Then there was the Virgin Techno album, maybe ‘89. Also Elements by Psyche (which may or may not have been on the Virgin Techno album) was a massive turning point for me, from Indie to House Music. Then Pacific State later on in’ 89 (the whole Quadrastate album really)

I contributed a little piece to Resident Advisor Dancefloor Epiphanies a few weeks back, last one on the page Finding the 808 State

Has clubbing ever changed your life? Five ravers from around the world share their cherished memories.

one amongst many that springs to mind,

wandering, slightly lost in Soho, early '90, my attention was caught by a painted doorway/entrance on Wardour Street, number 11 - The Brain… stepped in, got on, Weatherall… and this 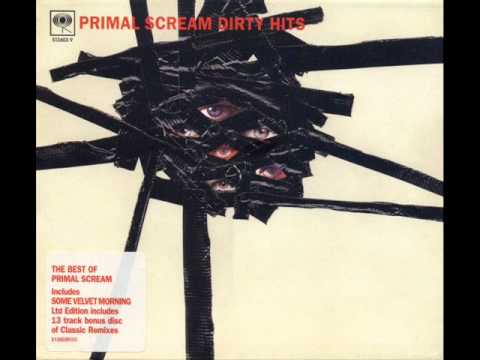 one of those moments/experiences where the significance of what’s happening is not lost, but present and the knowing, that nothing will be the same after this.

Jeez you guys have good memories! Cant remember a specific moment, house had started to appear in the charts by the time I was aware of it. So it was probably something a bit poppier like this. It was big at Blackburn raves near where I grew up 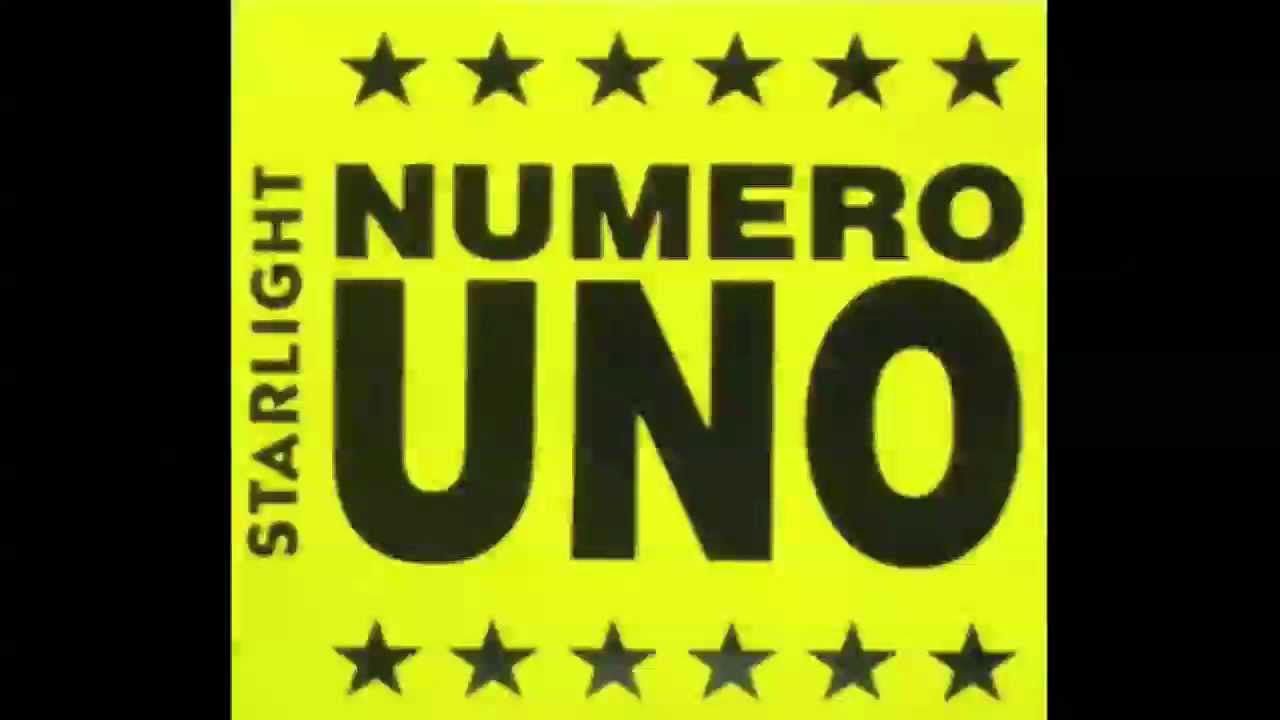 Also remember early rave mixtapes being passed around at school, one track I distinctly recall being on them was 4Hero - Mr Kirks Nightmare. Can you imagine what my folks thought of a 12 year old boy listening to that in his bedroom 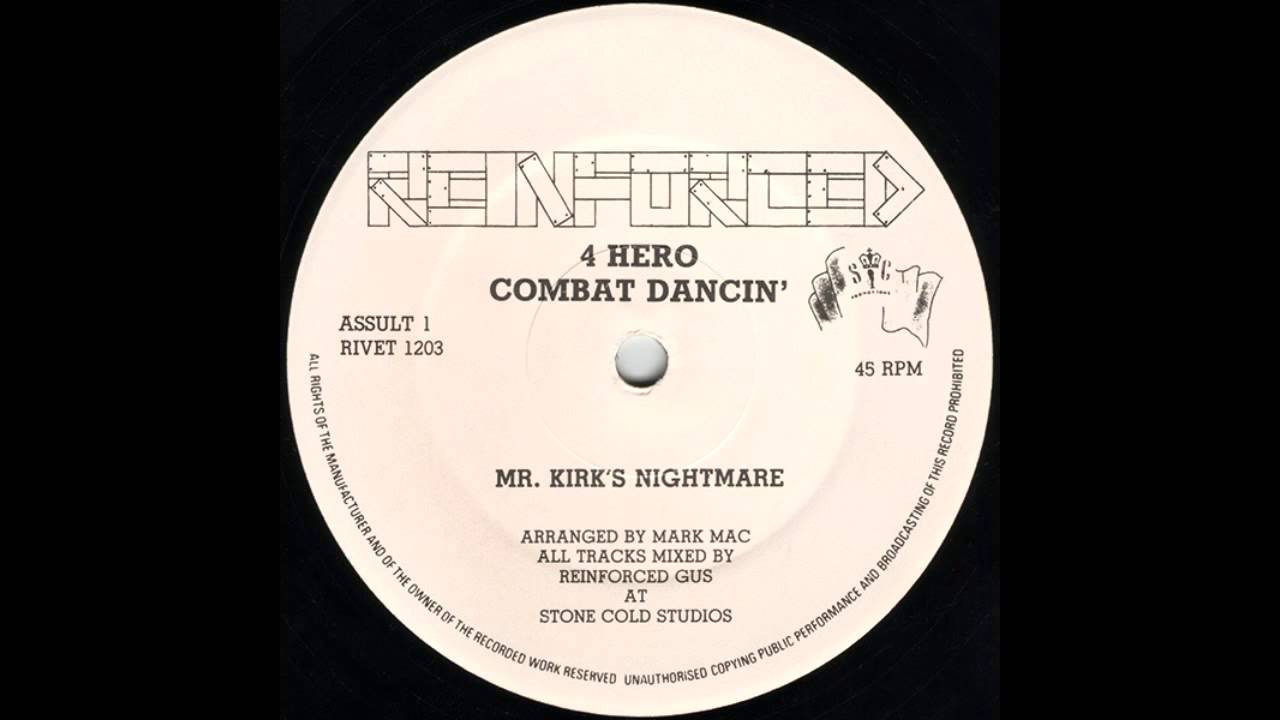 As a little kid, my parents were very into this song which we used to sing “all together” in the car. This was probably where it began: 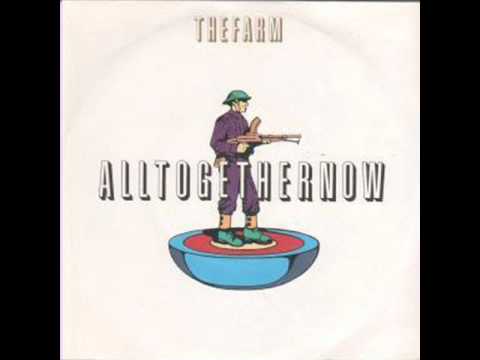 Later, the Mortal Kombat movie which had this track, and I remember lying in bed listening to this on my dad’s Kenwood CD Walkman: 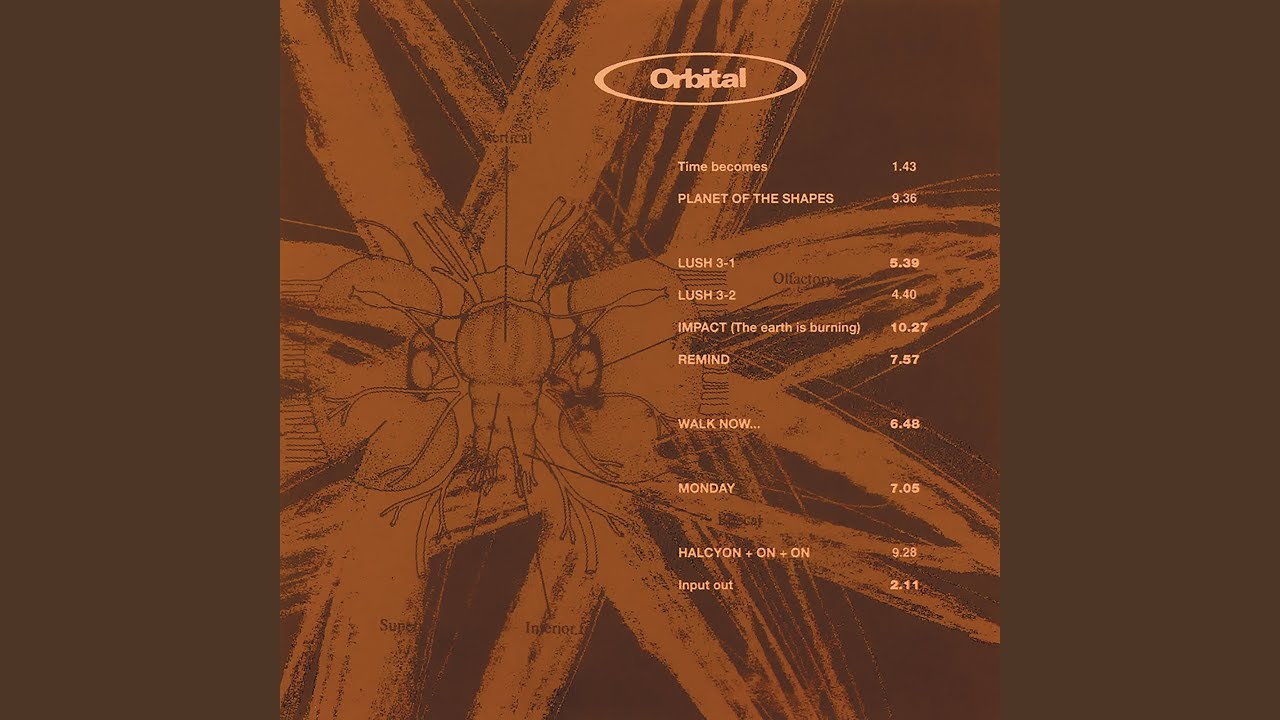 (by the way, I’m just waiting for clubs to open to drop this on people again, either as a set starter or ender…)

Then I was a little older and I got the David Arnold James Bond CD for christmas, and it had this awesome version of the Space March. I was hooked on James Bond, and listening to a crazy electronic version of one of my favorite John Barry themes was nuts! 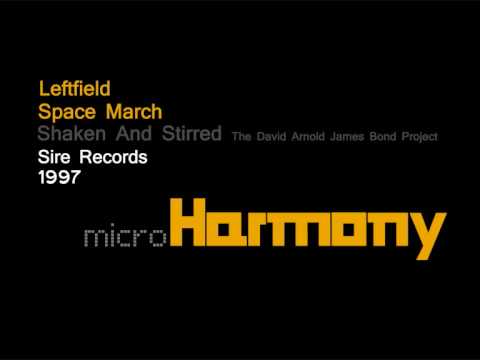 Also on that record was On Your Majesty’s Secret Service by Propellerheads, a name I kept in mind. Then one day I went to the big fnac Mega Store with some pocket money and bam, there they were: 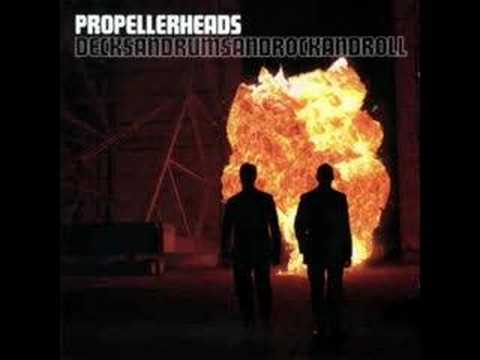 This was the first record (well OK, CD) I ever bought with my own money and it was a bit because there was a James Bond song on it, but a lot because there were two dudes walking away from an explosion. This record got me hooked on all kinds of aspects of electronic music.

I’ve been a drummer since I was 8, and so of course did the whole Rock and Jazz thing which I love to this day, but the story above was how it all started.

808 State seem to be a bit of a theme on this thread so far so i’ll continue it.
When i was 14 at the end of 1989 i got my first proper girlfriend who was a year older & much cooler than me, she was a big music fan, mainly into Indie & 60s stuff though, The Doors, Happy Mondays, The Chameleons etc but she also used to go clubbing with her older sister to the Thunderdome & Konspiracy in Manchester where the Spinmasters from 808 State & the Jam MCs used to deejay, so she liked some dance & house stuff as well, she had a tape of 808 State’s 90 which ‘somehow’ ended up becoming mine, i used to listen to it over & over, Ancodia being my fave tune, and that was my first real introduction to undergound dance music as opposed to stuff that was in the charts. 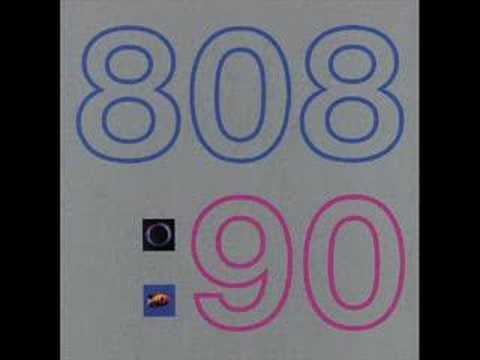 at the same time one of my mates, who was also a year older & cooler than me (his mother had all original vinyl copies of Kraftwerk’s albums, he played about 20 seconds of Autobahn before i told him to take it off cos it was shit

& his uncle was a photographer for the NME) ended up lending me his CD copy of the Happy Monday’s Madchester Rave On Remix EP with the Terry Farley & Weatherall remixes on which i became obsessed with & which was on heavy rotation for about 2 years, still one of my favourite records.
So i guess looking back both those records were my gateway.
I never did end up giving either back 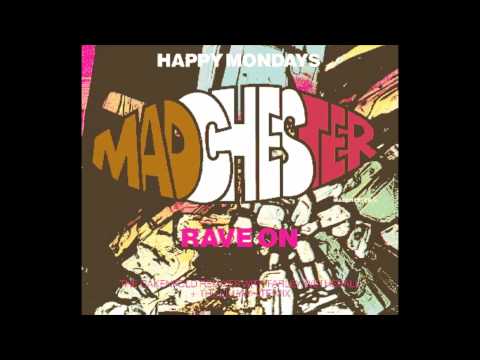 there was no way back after this 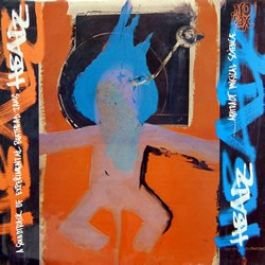