The first Night Club you went to?

Whats the first nightclub you went to?

Mine was to The Academy (Plymouth) on a Thursday night in 1987, it was for a friends 18th I think, some kind of occasion anyway,
It was a mainstream club night (we only had mainstream clubs nights here in 87) and they played the pop hits of the time and luckily the cross over club hits that were starting to enter the charts.
I remember they played Eric B and Rakim / Paid In Full (the Coldcut remix) thats the only track I remember them playing but at that moment I knew clubbing was for me, the lights the smoke, the dancing, I was hooked. 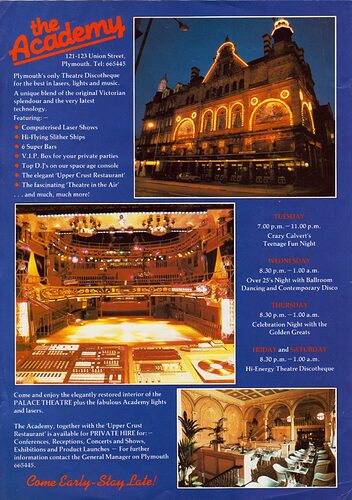 Here’s how it has looked in recent years. 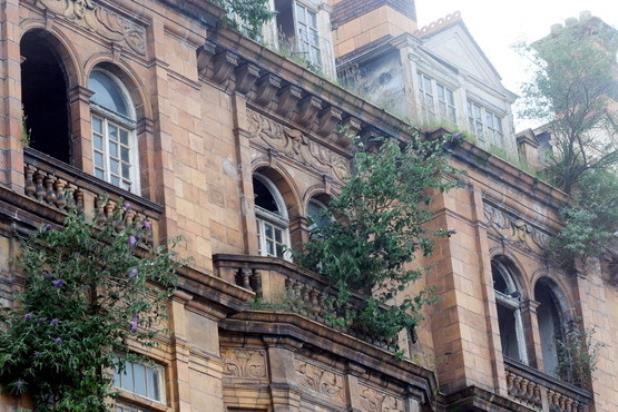 And for anyone with time on there hands (its a long read) and want to read a story of Dance Music, Drugs and possible corruption, here how the place has fallen into disrepair:

The ‘hidden history’ of how the Dance Academy was shut down

I have jacked the following piece off the This Is Plymouth website. It is credited to Carl_eve and was published on the 16th Oct 2016. Here is the link to view it it its original form: The ‘h…

I don’t even remember the name of it, it was a shite hole in Halesowen where my brother used to go. He told me I would have no problems getting in aged 15 and he was right. Music was 80’s pop and it was full of kids from school all standing around awkwardly.

First proper club was Space in Ibiza. Quite a jump that. First regular clubs where Wobble, Steering Wheel and The Institute in Brum.

Park Avenue, Richmond Bridge 1990. Lots of Snap and Ya Kid K in between the birthday shoutouts. Halcyon days 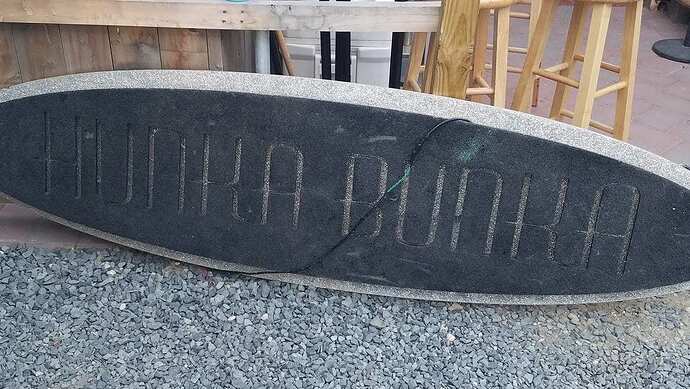 NJ Vocabulary: What Is Hunka Bunka?

When those three months of shore living were over, Garden State nightlife didn't take a hiatus. It relocated to Hunka Bunka, a music emporium in Sayreville.

Paradise Garage it was not but we all have to start somewhere.

Rotters in Stockport circa '77 aged 15, as bad as it sounds, you had to wear a jacket and tie and proper shoes. One benefit was I had a membership card which pubs used to take as some kind of proof of age. Got chucked out of a Bramhall pub aged 15 went home got my membership card, Landlord gave us all a free pint as way of an apology, think I had a celebratory game of Galaxians.

The Garage. Not, the Paradise Garage at its early 80s peak, sadly. A crap student nightclub in Glasgow in 2006 when I turned 18.

I always loved dance music when I was a kid - the pop crossover stuff like Alex Party and Livin’ Joy is my earliest memories of being into music properly, and when I was a bit older starting high school, all my pals were getting into nu-metal (ugh) while I was buying Ministry Of Sound and Cream Anthems mixes. It’s not cool but it was my gateway into this stuff. But like any ten-year-old I had no concept of what nightlife was actually like - I didn’t understand drinking, and drugs were for naughty people like Leah Betts and Gemma from Brookside. But even then I thought it would be excellent - dancing to good music, played loudly.

Obviously I got older and my expectations became more realistic. I’m a January baby, the youngest person I knew from both school and uni. So I had almost nine months of watching my pals get into clubs and hearing how great they were while I had to wait for my ID to be valid (I got asked for ID a year ago buying a lottery ticket, I have a very young face, so it was never on the cards I would sneak in). Finally it got to my birthday and my pals arranged to take me out to The Garage. It was beyond shit. I couldn’t believe I had waited eighteen years to find myself in an over-priced bogging venue watching students sing along to Bon Jovi and Bryan Adams. The horror of it being so disappointing, and the knowledge that there would be different - better - options out there, but this was what my pals enjoyed, it was so dismal and I remember being in the taxi home thinking how rubbish it all was.

A few months later I had been chatting to a guy who recommended a night at The Buff Club called Killer Kitsch. It had a flyer that listed indie bands and dance music names, and described itself as a cross between Optimo and 2ManyDJs. The noughties, eh? I persuaded my pals to go, we got very drunk, I danced to a lot of songs I loved that nobody else seemed to recognise, it was excellent. It was more like the fantasy dream version of going dancing that I had when I was younger, and I quickly realised that I could stay away from the high-street discos and go proper clubbing.

Little downstairs club in Manchester city centre called Oscars, not hip or supa underground but the DJ played some decent stuff, i remember some Van Helden, Kristine W, DJ Kool, Nu Yorican & Rok Da House by Tall bloody Paul, he used to always finish with ‘Thank You For The Music’ by ABBA which i thought was a bit lame but the crowd sang along.
There was always a few Scallys in there but always a good vibe when i went.

The Jazz Rooms, Brighton. 1988. My gf at the time had an older sister who was at Sussex Uni, so we’d get the train down from Oxford and she’d take us. Blew my tiny 16-year old mind.

Ilford Palais, on a school night, a kids’ night, in 1981, I was 14. A girl I was interested in snogging said she was going. The DJ gave out free records if you could name the track and artist quickly enough. I missed out on DTrain, You’re the One for Me by a whisker.

Pre '86 teenage years were spent at the Top Rank in Southampton where Monday night was under 16’s but the DJ played mostly imports with some synth pop and and a smattering of Hip Hop and Electro for the breakers (see below). Bank holidays and some Sundays were The Rag Club alldayers: 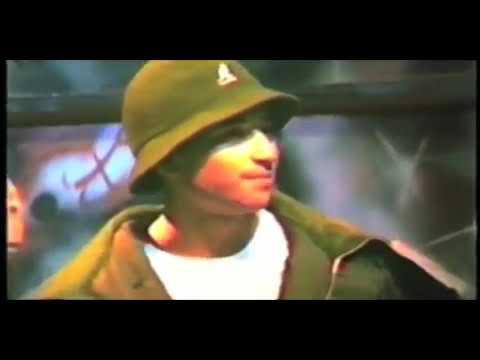 In 1986 it was Thursdays at Shades which went on to be Rhino and Escape Club. Hip Hop, Electro and Rare Groove all night.

First big boys club was The Mud Club at Busbys and then Spectrum in 1988. 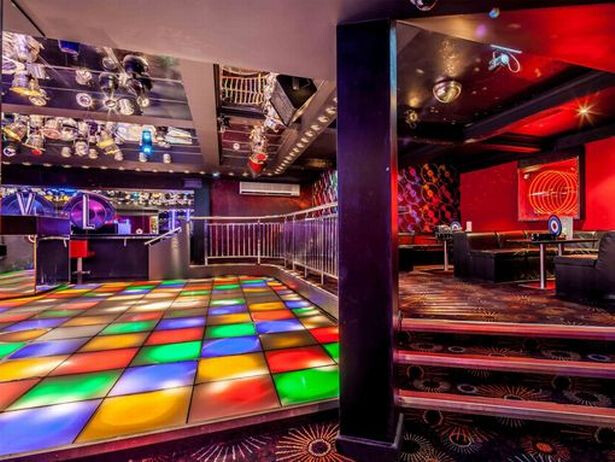 Pretty sure it was an early 90s trip-hop night in Bracknell called Dust at Simpson’s, legendary venue of Sunday night classic Shave Yer Tongue (which I never went to because I was probably too busy with my Sega Master System and Warhammer models).

Probably something shit at the Ealing boulevard (mid to late 90’s).

Wasn’t that many months later I was back having a very different experience!

The first club night I went to was this in 1990 in Edinburgh when The Brain did a summer residency at the Playhouse Studio. Train from Dundee, stayed till 6am and first train home. 17yrs old and in heaven 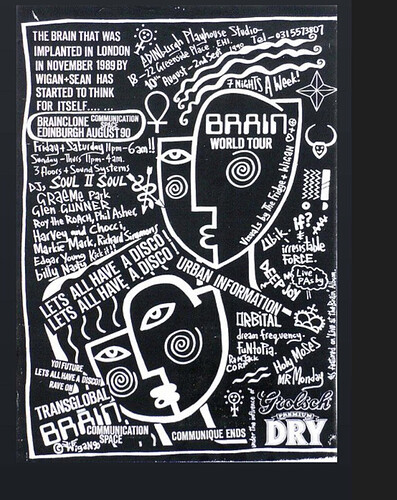 Great line up of DJs for your first time out. Hard to top that.

Loads of different sounds in 3 or 4 different areas from memory. The night we went Weatherall made a guest appearance and I remember him playing How Soon Is Now by The Smiths in the dry ice and strobes and I guess that was me hooked…