Record shops you have known and loved 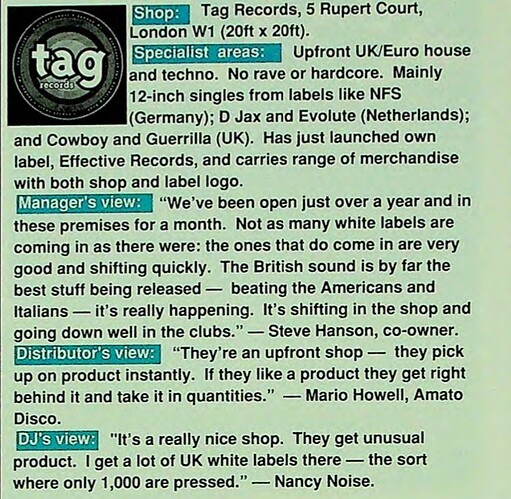 Re Judge Jules…Have to agree, around early 90’s when he used to have the resident spot at Fresh (Fri nites) at Legends Old Burlington St W1 he was on fire!
Trying to remember who used to do the excellent warm up spot each week…???

He’s a lawyer now. Met him briefly a few years back and have to say he’s a very nice man.

Both Soul 2 soul shops were extremely dangerous to the wallet…

During the height of the trumpet days he came to South Africa on a tour with Mark Moore and I was tasked with showing them around and they were very kind to a very wide-eyed overexcited idiot.

The small one on TCR was over the road from my work, always dangerous, Trevor was a star then as now.

He was a lawyer before wasn’t he? (Hence the name)

Law student at time of the original warehouse parties I think. Would be hilarious if he actually ended up as a judge. 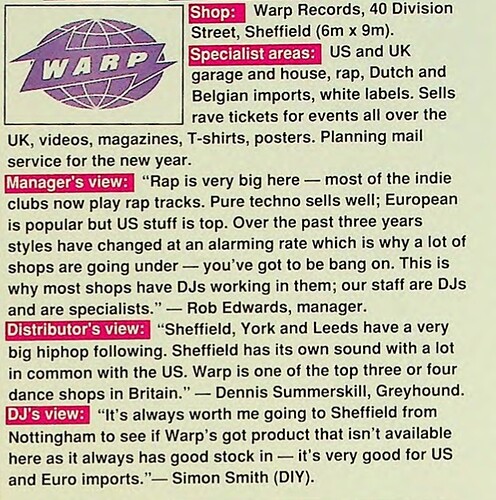 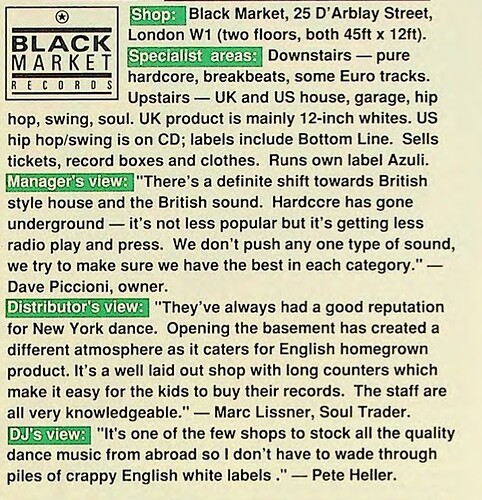 FON / WARP in Sheffield were the ones for me - Winston Hazel and Chris Duckenfield amongst others working behind the counter at various times.

Used to make regular trips down to visit my grandparents in Essex so always took the opportunity to visit Boogie Times in Romford, or if I was feeling flush / brave up the District line to Soho and Black Market etc

Always visit Sounds of the Universe if I’m in that neck of the woods nowadays.

I just wanted to leave this here: Fundraiser for Tom Noble by Ellen Kanamori : Help Superior Elevation Recover from the Flood!

Superior Elevation was one of the great record shops left in NYC, and it was totally flooded by Hurricane Ida. It was a big hit for them, and they have set this page up, in case anyone wants to donate. They are great people, and the shop will come back, hopefully stronger than ever. 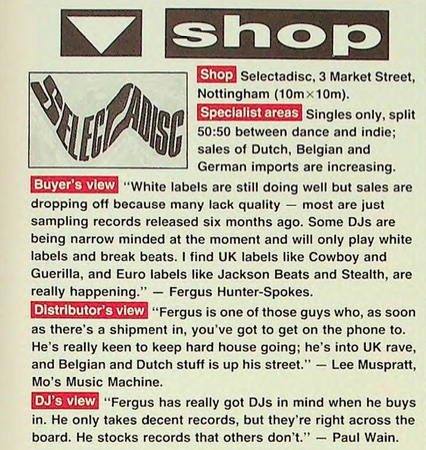 Wasn’t the Weekender cameo record shop appearance Dom Moir? Or maybe juless was there too

I was also started at Basingstoke and Farnborough Our Price and quickly progressed to Basement records( basement phil, dj lee behind counter) , oh and Vinyl valley in Farnham and some rare appearances at Vinyl Frontier in Woking

Allister Whitehead, when he played everything, perched at end of singles bit dressed in Burberry mac and Adidas, looking cool and individual.

Used to like buying imports with labels on in Tower at Piccadilly. World beats Wolverton, used to be where Picci and Steve Millar worked and sold slices that had been on in Outer limits at the weekend.

World Beats, and Picci were a really important education for me in dance music, as I was just that little too young to go raving/clubbing 89-91, although I did start to rave in 92.

Was fortunate to have a relative that lived in Wolverton, and one day in 1989 I walked through the doors and it was to be a life changing experience. Suddenly, beyond the house/hip hop that was crossing over into the charts, and buying them from Woolies or Our Price, World Beats opened my eyes to the underground and I started to pick up import 12s (on Next Plateau, Nu Groove, etc.), and then when hardcore really landed, buying tunes on Shut Up and Dance, Reinforced, etc.

Wicked shop - sandwiched between a grocers/newsagent and a bank? I’d never been in a record shop which had bassbins and 18" cabinets before

I’m surprised they ever got away with it in such an unlikely town/position - even the drop of the needle on the deck would make a thud!

Occasionally would venture to Soulsense and Spin-A-Disc too, before London came my record buying home with Blackmarket, Unity, and Vinyl Solution. 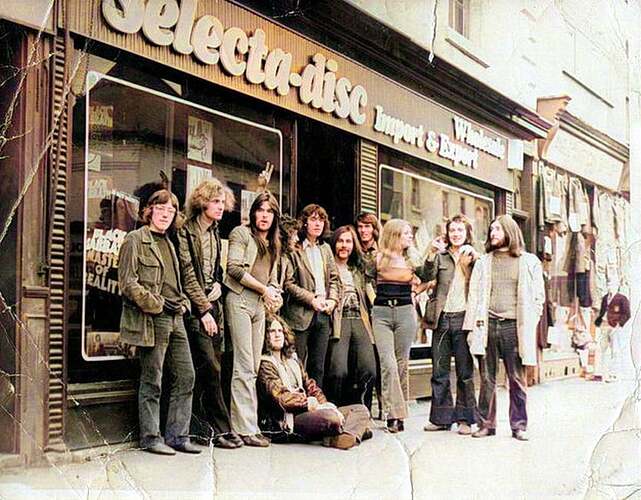