Astonishingly what few patrons people there were drinking outside stayed for hours. Funny that?
Met with resentment with the offer a capacity guaranteed ticketed event along the Soul and Disco music flavour.

This bar is on it’s arse financially and in a bad location. I got shown how to operate a Technics SL1200 after chatting prior and stating that I have been in the events business at the highest end and continue to be in the music business at a technical level. I did discretely fix them and fit some brand new cartridges bring down all the mids which were cranked up etc.

This was strange…this was four plus hours. I nearly ran out of records. I had a quick pick before they didn’t answer the phone regarding this so I went in blind. This is a General Public selection who don’t have any interest in obscure music. War-Galaxy would normally be the tipping point of the dance floor, if this was the evening with a dozen or more patrons, it would go off then.

Anyone else had similar, I should have played for an hour and gone home, not gone, not started?

I do come from mentorship of pro as in’ DJ to pay the bills’ from broadcast and clubs. Been doing this 30 years, not a rookie, I can do the unknown synth pop, house, techno whatever, this is a provincial market town who like Rock and Motown.

Adding an edit: Left in box but may score obvious Balearic Full House.
Herb Albert-Rotation
Echo & The Bunnymen-Bring On The Dancing Horses

Technical guy (who has a an adhd or something condition apparently) got out his: Back to Black, Artic Monkeys, Best of Foo fighters and started to play them at half the volume I had and every level apart from the same as the last record 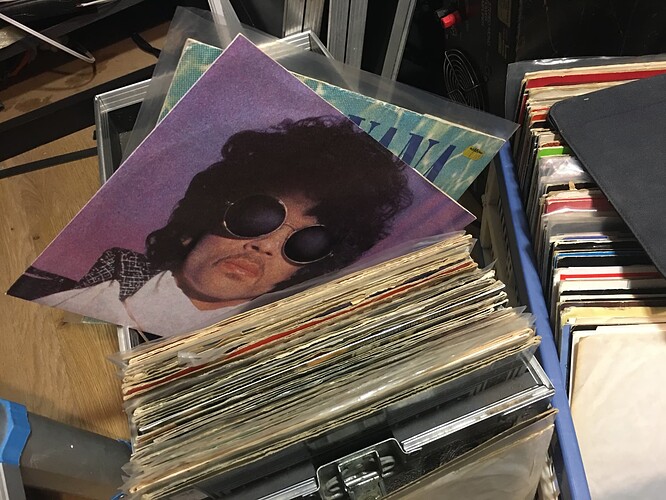 Everybody who was outside listening went home, as did I…no people with records came.

Shame as that really is Prince into Nirvana, this box could be one hell of party. Does anybody want to play records in a pub? I can produce a night, some lifting work, being there before doors required etc

Good luck to all the small room promoters