What things did you rediscover or obsess over during lockdown 1,2 & 3…albums, genres, food, whatever floated your boat…

For me it was Post Punk, don’t know why think it just suited my mood, angry & frustrated! Made a playlist which I obsessed over for ages, some obvious stuff but hopefully some less obvious stuff that people may not know…Angles - playlist by sparkomatic | Spotify

Also rediscovered all my bleep techno/bass records after reading the excellent “Join The Future” book - fascinating account of how the sound & scene originated and influenced so many other genres. Best rediscovery being all the Sweet Exorcist stuff - still sounds like the future

And…Snooker! Found it quite therapeutic to watch…definitely need to get out more

I became obsessed with Grandmaster Flash and The Furious 5

Add to that things that Id heard over the years like their hit The Message had next to nothing to do with Flash and the Five as Melle Mel was the only member who rapped on it and the music and rest of the rapping was done by Duke Bootee, and Grandmaster Flash had NOTHING to do with the track he is most famous for!

Yeah it was all a bit confusing, but thanks to Jay Quan I have clearer picture of it all now.
That said there is still on member of Mel’s division of The Five who I still have no idea what so ever what he did in the group. 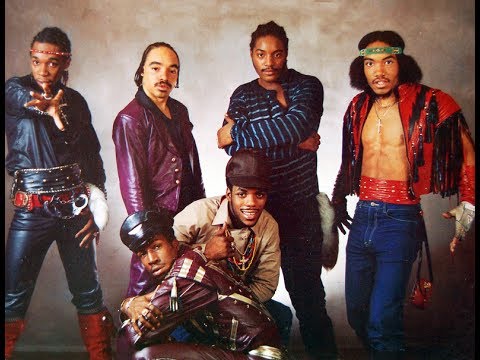 I saw them at UK Fresh 86. Flash doing Adventures was a moment!

i’ve been obsessed with the 100% electronica label. keeping my blood pressure low

Reminds me I need to get that book

Well worth it, really well researched