It’s quite a bleak day in New England and this is hitting the spot.

Was JUST listening to this, sounding so good! Love that BPT crew!

Yes! This is an edit by TP’s Piers and John Gomez coming soon on Duca Bianco. I’ve got a copy of the original but the vinyl is destroyed so I’m happy this edit is coming

Interesting! It was causing quite a stir when @TheNightlark introduced it on the DJH forum. Didn’t realise @Piers and John Gomez were already editing it.

Uh oh. It’s not been edited already, has it? John sent me a file and it seemed pretty ripe for the chop as there’s fairly dodgy section, from memory, It’s also a little more DJ friendly now.

@TheNightlark made his own private edit. Don’t believe there are any others out there. I bought the vinyl, ripped it and then sold it on.

I almost never do mixes these days but I’ve done a couple recently. First one here is all new age/yoga records/library stuff/modern classical, not a beat to be heard. I think this download should work (edit, it doesn’t, I’ll try and put on mixcloud).

If there’s an edit coming out I might try and pass it on again!

Some time without posting a mix, but I believe this one might be interesting. I had the pleasure to invite to the studio Davin Underwood, a friend and the person behind the collective Isle of Wax. They are hosting parties and uploading quality records on their Youtube channel. Here in the forum we sometimes share their content!

In the show, I asked Davin about the project and also about Hamburg music scene. It was the first time “interviewing” someone so bear with my inexperience haha. Then we had a fun B2B with him, so no tracklist this time. I hope you fins it insightful! Cheers

Looking forward to this, got a lot of mileage out of yours & Moonboots’ Balearic Spotify playlist.

Did a first mix for a long time at the request of the Higher Love guys. Chilled & cinematic stuff.

Like the sound of this ^ is there a link 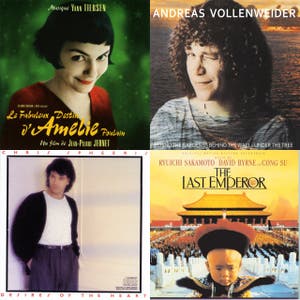 Particularly enjoyed the film soundtracks on there.