Clockin' records - a "how do you BPM" thread

i’m guessing that there’s more than a few of you here who never went fully digital and/or never bought one of those fancy DJ mixers that reads out the BPM of the records you’re playing.

that’s me anyways - and i love beatmixing, it’s fun as hell. as good as i am about “roughly estimating” the tempo of a record, i prefer something a little more precise. so, i’m one of those guys who (at least when the mood strikes me) clocks my records, and historically i’ve done it using metronomes. i then write BPMs on little stickers and apply those to the outer plastic sleeves that i somewhat compulsively put all my records in. a lot of times i’ll just flip through the records and grab 50 things that are near 110 bpm (or whatever) and see what mixes well with each other. it helps me pay closer attention to (or rediscover) b-side gems, deeper albums tracks… you get what i mean. plus, you can frequently end up throwing a couple of diametrically opposed styles or eras together just based on tempo.

my old standby was the exacto ex-2 (bought in 1990) and then i moved to the boss db-12, both of which allow you to tap along and read the BPM, then swap into play mode so you can start the metronome and see if you need to adjust +/- in any direction. however, i’m fuckin’ tired of clicking buttons, which wear out eventually.

does anyone have a simple solution to just play a damn record and then glance over the kit to see what the BPM is, similar to the readout on the pioneers? what’s your solution? the simpler the better, but i’d like to hear how other folks do this.

holy crap, this does work nicely. i should’ve guessed that there was an app to solve every problem.

is there anything that folks are using that doesn’t rely on your mobile’s microphone? would love a plugged-in solution, if such a beast exists (and it’s not too spendy).

I use a simple app on my phone and tap the screen. Works in the dark, does the job.

Can’t believe there is an app for this. I’ve always used the trial and error method!

If you’re not at full stretch (+8 on one, -8 on t’other) and having to massage the platters to keep in sync it’s just not proper DJing surely?

I still use the stop watch on my old G Shock lol, then put the BPM on a sticker on the inner sleeve

I like EDM BPM. Just because the name is funny.

Obviously these things are irrelevant if you’re playing house or whatever, or using CDJs. But if you’re dealing with all sorts of music, it’s pretty useful to know what BPM ballpark you’re in. I write the bpm on the inner sleeve of the record 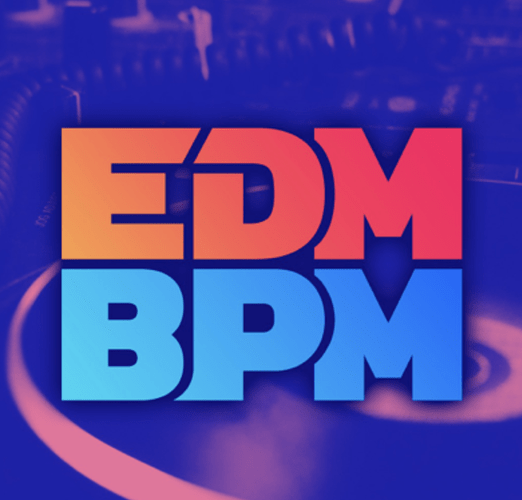 My mixing is a bit crap and I really do need BPMed records to make my mixing acceptable, I have very little natural ability to guess the tempo of a record for some reason (despite mixing since 88) so when I buy a record if its one Im going to play out I make a little note on the BPM on the inner sleeve.
I use this: Tap for Beats Per Minute BPM
When I play out at a night it is likely to be spread across multiple genres and tempos so having the records BPMed and placed in my record box slowest to fastest really helps.

In a club when Im following a DJ if I want to continue at the same tempo as him I can pull out my phone have a quick tap on: Tap for Beats Per Minute BPM and Im away.

I’ve been toying with the idea of putting all my records into a Google sheets document with multiple columns (Track name, Artist, Label, Genre, BPM and which shelf it’s stored in) so that I can easily look through the document and change the filters to easily see what I want to play before packing my bag! Kind of like RekordBox but for vinyls. Here’s to hoping I get to play out again one day

p.s I also use the live bpm app

I (can’t mix and) use Korg SyncKontrol to tap it out.

Hardest part for me before committing to the sticker is how detailed to get on tracks with live drums. “intro 115, track 118” is probably reasonable but I saw one in the bag the other night along the lines of “121 to 116 to 118 then ???” and immediately pictured it being used against me in court one day.

lol yeah i never want to be THAT precise, it’ll just confuse me. i’ve documented that very thing to a few disco records that i play regularly and remember that they drift like crazy but including records like that in a live environment is the spice of life.

the spice of life

speaking of… coked up drummers are the culprit here right?

i’d think so, being that they almost always speed up rather than slow down.

easy to get excited and try and push the tempo rather than the feel!

Just go average and learn to master pitch riding. Otherwise it’ll confuse the heck out of you. You can work with a plus to minus 8% range, anyway…

Anyone do the same thing with which key their records are in? Personally never been bothered but the results are just beautiful if you listen to the mixes of Robbie Leslie et al

Yeah have heard some amazing mixes done solely in key (think there was a website dedicated to it at some point) although I have never put it into practice.

I’ve experimented with key mixing recently using digital tracks (or ripped vinyl) in Rekordbox.
After 30 years of messing around with mixing tunes I couldn’t believe I’d never really sussed it before. I think I’m basically naturally tone deaf!
Key mixing is a revelation especially mixing with acapella or vocal parts of tunes. The results really can sound spectacular and are the difference between stitching together some records at the same tempo or actually making a mix that makes sense musically.

Check out the wheel system that places the keys in order: you can go from any minor key to the other minor keys to the left or right on the wheel or jump into the corresponding major key.

No idea how you naturally determine the key of a record without it being in Rekordbox though.

Apart from using your ears, of course!

I wonder if the more musically talented among us can listen to a tune and hear what key it’s in. I certainly can’t. Most of my mixing has been built on playing what just feels like the best tune to put on next. What I’ve learned from using the key chart is there are lots of tunes I never would have thought of that work brilliantly. It’s especially useful when playing across multiple genres. If you’re mainly playing house which usually seems to be Am or Em then it’s pretty easy to mix in key anyway. Or just mix on the kick drums without any melody involved. But when you’ve got two tunes of different genres flowing seamlessly because they’re in the right keys it’s pretty ace to be honest. Worth giving it a try.