A to the K (Wild Style/Hip Hop Nerdery related)

Im sure a bunch of you have watched Wild Style, even those who haven’t might have heard the the phrase “A to the K” sampled in a track or two:

People have been trying to work out what this meant for years, and the general consensus is that A to the K referred to an AK-47, even though the guy pulls out a shotgun, an AK-47 would probably not be found in the South Bronx in early 80s.
People have even asked the movies director Charlie Ahearn about the line and he says it wasn’t scripted and the guys playing the hoods came up with it (who were real hoods).

Anyway, the mystery has just been revealed someone posting on the Soul Strut fourm NYCGUNHILLNITTYCREW and we have all been mis-interpreting the line for decades.

"I know, I am late to this post, seven years to be exact. I am from the Bronx, I was featured in the movie Wild Style as a graffiti writer which I was a prolific graffiti writer in the late 70s early 80s, I know exactly what Pookie said.

Pookie was a known older member of a street gang known as the 9-Crew which were the West Bronx off-shoot of the disbanded Black Spades Gang division from University Avenue. Slick Rick referenced University Avenue in his song Children’s Stories because it was the infamous border line between The Casanova Crew and the 9-Crew in the South / West Bronx area mainly and strictly controlled by the 9-Crew. It was a 9-Crew member that shot and killed DJ Scott La Rock on University Avenue in 1987 shortly after he and KRS One burst on the rap scene.

The 9-Crew were mostly stick-up kids and membership into the crew was 3-fold;
a). You had to own a .9 millimeter gun and carry it with you at all times;
b). You had to have robbed someone using the .9mm in the presence of an established 9-Crew member;
c). You had to live in the Highbridge section of the Bronx.

If you listen to Pookie he asked Patti Astor’s character do you smoke and she replied I had enough then he asked her do you sniff, do you want to sniff ? She replies no , not right now. He was talking about sniffing cocaine. That is when his partner said the line “ Look, here people you’ve heard it on the radio, you seen on the TV show.” Then the other actor sats “Aid to the cane.” meaning aid to them getting cocaine. It was a quite common saying from older stickup dudes as they were always sniffing cocaine back then. They would come up anyone, they did not care if they knew you or not. If you lived in their building on the same floor it did not matter to them. If you were rolling solo with no street crew affiliation then you were fair game like anyone else. They would say “Yo, yo whats up wit ya ? Aid to the cane. In other words give me money so I can go buy cocaine. Pookie then while pulling out the sawed off shot-gun said A to the motherfucking C a shorten version of aid to the cane. This is what was said 100 percent. If you were from the Bronx back in the early 80s and you were living that life OR you got victimized by a stick up crew then you know what was said. I was affiliated quickly after I got stuck up for my down coat in 1978 at gun point. I vowed that was never going to happen to me ever again. I was 14 in 1978. I got jumped by 2 dudes who were 17 and 18 both with guns walking home from junior high school. That was the life in the Bronx back then" 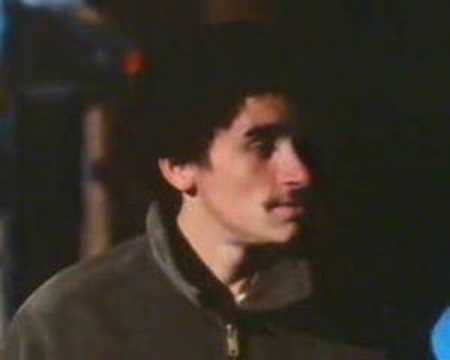