The promised land (where should i move?)

i really don’t want to live in this country anymore. (i live in seattle, USA)

much like the other threads (paris recommendations! lisbon recommendations! etc.) i’m now soliciting advice on where to relocate my small family. me, my wife and one 7 year old. a family dog. i’ll leave the record collection here and come and visit it once in a while.

i want to move to a place with a sense of humanity, considerably fewer guns, and a relatively low chance of stumbling ass-backwards into someone else’s war. art and culture are important. a nice climate would be welcome, but not required. english-language friendly would help my old ass out. theocracies of any sort need not apply.

for many years i had a sort-of plan to marry a canadian, but i overshot it and married an alaskan. canada is lovely but they’ve kind of pulled up the ladder in recent years, and i can’t blame them.

i work for a fairly gigantic global company so if i make a goal of it i can probably figure out a way to transfer.

anyone have any great ideas? sell me on your home country, or state your dream location to spend the next 50 years. 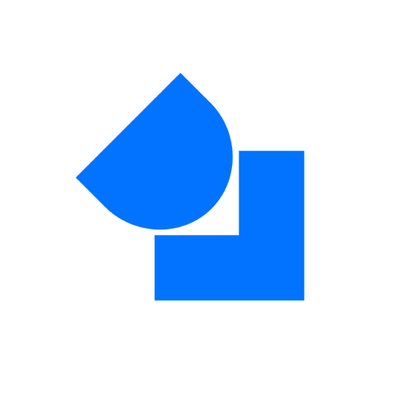 Well what language do you speak, other than english? That’s going to be one of, if not the main concern if you want to move somewhere new.

If everything went right (or wrong) I’d move to Iceland. It left a very lasting impression on me, though of course places one visits as a tourist having a good time often do. The reality of actually living there is probably very different.

The US is an empire slowly crumbling and as someone who lived there during the Obama presidency, it’s so so sad to watch, but also unsurprising.

Two countries i could see myself living are Portugal and France, somewhere near Lyon in France and Northern Portugal has a lot of houses and businesses for sale… A guy i work with is about to buy a B&B in Portugal for €46k, it has access to a beach 10 minutes walk that is popular with surfing all year round,. Its in a tiny village that has been hit bad by wild fires most years and it’s more or less a one horse town at the moment…

that said, i could probably cobble enough stuff together to get by. if anything, the last few years have taught me that as little as i interact with others - i can get by with interacting even less. my wife may be in the same boat - but one of the reasons i’m proposing this now is because my kid will acclimate MUCH quicker than her folks.

my brother-in-law has spent a lot of time in brazil and has learned rudimentary portuguese as a function of being a capoeira tarefa (editorializing mine, and google translate not mine) and i get the impression that it’s like the states - both the best and worst, depending on your station in life.

i apologize for barfing this out in front of you all but i get to spend a quiet moment tonight explaining to my 1st grader that she needs to go to school tomorrow, the same kind of elementary school where nobody can do anything to protect against the random violence that might await her, depending on the lottery of anger and stupidity and hateful culture and an enthusiastic hard-on for guns and “vengeance” my country tolerates. w

i wasn’t at the party, but i ran the local record store where all of this seemingly “random” lottery of violence became local. i’m pretty sure my shop sold tickets to this event, and i got to come and open the store at 11am to the news of the night before. and to me, at the time, i was still willing to believe that it was fully rando. i’m not so sure anymore. now, i think it’s everywhere, and i think it’s coming for me and my kid.

i stay awake at night feeling confused because i’m not sure if i should take my kid away from the danger (read: big groups of people/targets) and move somewhere, anywhere where the risks are reduced… and watch the states burn from afar or…

let her stay here and make things better and be a better organizer and lynchpin for good (far more than her dad ever was) and maybe just move out to an island where the news isn’t as loud.

as for right at this moment, it’s all about moving far, far away and letting her be mad at me. because i took her away from the action. i would have been mad at my folks for making that decision for me. but i thought i was punk rock.

anyhoo, ready to move to the moon or whatever, anywhere that i can afford and give the kid a nice springboard and just send letters to my folks and quietly waste away. a water view would be ace.

New Zealand is great, but for the isolation(Australia is only a short flight away though) and the soaring house prices. But great humanist government and environmental outlook.

Watching this thread with great interest.

Being relatively old of body it’s now pretty hard to go anywhere from the UK as you’re not going to get any ‘free’ healthcare and it’s really not a viable solution to have to pay for health insurance unless you’re seriously minted, which we are seriously not.

Portugal, Northern Spain, SW France would be my choices, or perhaps Uruguay…

I can empathise with the need to get it out. I would hate the idea of sending my kids to school with that kind of worry, and hate really isn’t a strong enough word.
Solidarity with you and prob millions of other parents there.

I’ve lived in Iberia for the last 16 years, apart from two years in Berlin (only recommended if you still like getting spannered, dancing all night and don’t mind adverse weather). A lot of people are heading to Portugal these days which is where I currently am. It’s one of the worlds most peaceful and deninitely safest placers with nice weather and some beautiful countryside, although not with some limitations if you want to get stuff done! The Portuguese also speak amazing English in the main population centres. I don’t think the visa process is too difficult they’re keen to attract people with money and help their ageing demographic. They also have a non-habitual residency scheme where you’ll only pay 20% tax on your income for the first ten years.

Other than that Spain is great and diverse - mountains, sea or ocean, desert, cities - take your pick. Again mellow people and very safe.

I feel you - at my high school in Seattle there was a shooting my freshman year (over a weed deal, how quaint) followed by the Columbine shooting a few years later - the increasing frequency has just sort of numbed me. Sometimes when I’m on transit or in a public place, the fear gurgles up and I imagine someone freaking out and shooting at random - a very real possibility in the USA.

Shortly before 2016 we did research and found that I was eligible for Italian citizenship via jure sanguis - it took a few years, but we did the paperwork, had the interview in 2020, and last summer got the EU passport. Apparently there are similar Irish laws as well. Well worth looking into even if its a few generations back - my route was through maternal great-grandfather.

No place is perfect, but living in the US is a bit raw & soulless. Honestly, I can’t imagine raising a child here in this day and age. Like you, I work for a multinational and am actively looking for an EU transfer within a few years. Looking at Portugal or Spain. Viva the balearic ideals of openness & tolerance.

We’ve been in Spain for a few years. It’s mostly lovely. Very low crime rate. Most quality of life indicators are good. You can probably get by with mimimal Spanish. It’s only an issue when dealing with tax, workmen, cops and stuff. Downers: bureaureacy, politics, noises, smells, cockroaches, tourism, sometimes limited music scene.

I’ll race you to New Zealand. Sending my kids to school this morning in a gun friendly state like New Hampshire has me at a great deal of unease. The schools here are like Fort Knox though, which is terrifying.

Been taking my daughter to school the last couple of mornings, since news of this latest shooting broke, and i just can’t imagine the worry parents in America must go through everyday just dropping their kids at school when something like this happens.
‘Arm the teachers’ is the response of the gun nuts.
Madness.

canada is lovely but they’ve kind of pulled up the ladder in recent years, and i can’t blame them.

i work for a fairly gigantic global company so if i make a goal of it i can probably figure out a way to transfer.

Is a transfer to a Canadian office feasible? I definitely know of people that have moved here initially through that, so don’t necessarily write it off if your employer is that large and international.
Not sure what the path to permanent residency is like via that route but tbh if you’re actually competent at what you do you’re already well ahead of the pack.

House prices in Canada have gone batshit crazy in the past few years in some areas, but depending on where you could get a transfer to, some nice options could be feasible.

If you’re in tech, Kitchener-Waterloo could be a decent option (lots of tech companies have a presence there). Close enough to Toronto without dealing with the sprawl, and having a nice environment close by. Ottawa as well, to an extent. More than a dozen years on, I’d say Ontario is a pretty OK place to be overall.

I love Vancouver but it’s miles away from anywhere else (apart from Seattle!), but the city can be as expensive as London. A work colleague was telling me that Victoria has a really bad opioid problem now, been getting worse in the past few years and while the island is lovely to visit, living there is probably a different story.

Canada/Ontario is certainly far from perfect but we’ve got a life I know we couldn’t ever have had if we’d stayed in the UK. Public services are getting stretched but it’s still a pretty civil place in every sense.

Regarding language, you should know that in Germany and the Netherlands, if you work in tech, English is the business language. Not in every company but smaller ones definitely.

I work in education and at the moment t we can’t hire teachers for love nor money. 800,000 people have left the profession at various levels in the past couple of years and it isn’t slowing down. Hearing from your leaders that the best course of action is to have every teacher and administrator armed and looking at who some of those people are and just thinking, “naaa, I’m good”.