What is your favourite test pressing? The one you got first, were there at the right time for, stumbled across by accident? What do test pressings mean to you? Do they make you feel a bit special?
The one I am starting with is Satin’s Joi, not because I especially love it, but because I got it in Dance Tracks NYC in the 90s when I used to regularly visit a friend there. I didn’t really know that Dance Tracks was supposed to be intimidating and used to the hurley burley of Blackmarket, I was amazed by the space and racks of old stuff. They probably laughed at me after I left, with a load of re-edits and things which were a bit unloved at the time in there. One of which was this test pressing, which was by no means fresh when I bought it and looked about the same as it does now. Still, I was pleased with it and it felt a bit cool going back home with a test pressing, even though I have never been a DJ in the sense of having a place to wow the crowd with my advance copy tunes. Slightly surprised that there is no video I can find for this and gratified that it is also expensive on Discogs! 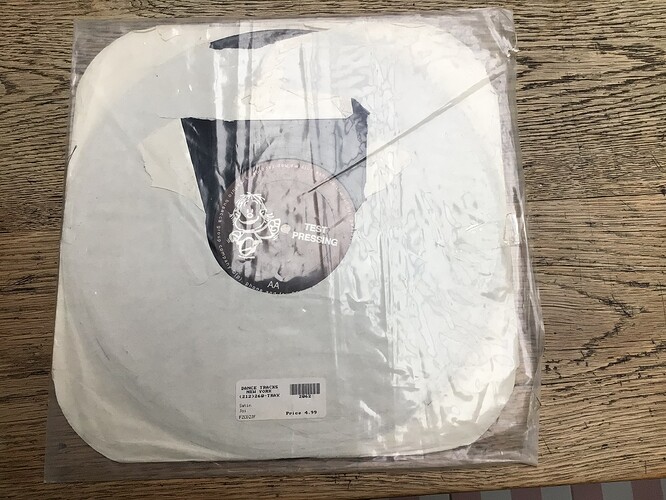 I get the impression that lots of you on here could post for days on this one, so let’s limit it to one each, with a story.

I think I only own two Test Pressings, Ive never gone out of my way to get them and I never saw the point unless they are offering something special like unreleased tracks/mixes etc.

I cant remember why I purchased this Test Pressing of Witch / Kuomboka, I think it was just a way of getting the re-issue early and I was playing out a lot at the time so wanted it to spin. I love the artwork on this test pressing, not sure where its from as it doesnt appear to be used on the re-issue or OG pressing as far as I can see on Discogs.
Discogs also states there there are 20 copies of this test pressing, yet there are 4 for sale of Discogs? 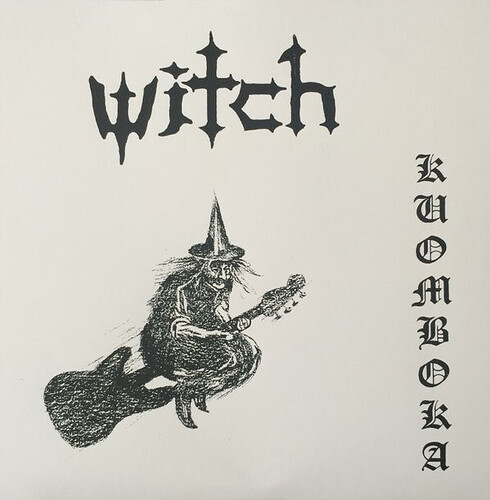 Here’s an interesting one.
I bought this test press of The Sheffield Drum Record by Jim Keltner and Ron from a guy who worked at Sheffield Lab’s.
He says that this is the original take from the session and there are only like 20 or so copies of this version in existance, and that its NOT the same recording as the released version or the Test Pressing that you can find on Disocgs etc.
I have no proof that that the guys claim is correct and that this is a different recording, I should check it out one day, Ive just never cared enough to compare it to the released version (or the test press of the released version).
I bought it in the late 90s on ebay and the seller told me a bunch of stories about recording the record which was cool (although all these years latter I cant remember what the stories were). I copped this version as it was only a little more expensive than the released version was going for at the time. 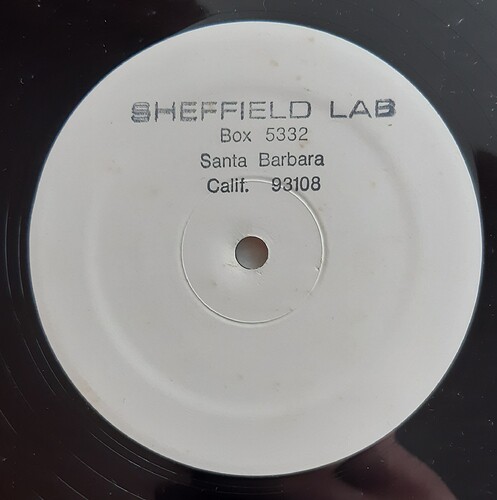 I thought this thread was dead! Thanks for both of those, neither of which I had heard of before. I really love the Kuomboka. I guess test pressings are of academic interest rather than particularly treasured items in themselves.