Mine was this. Def II, Behind the Beat Public Enemy special. I wasn’t even a teenager yet when I saw it. Think it spoke to my future weirdly introverted side - weird because I would grow up to love being in the thick of it, but not the centre of attention if you know what I mean? Think there’s a bit of that in most jocks, or at least there certainly used to be anyway…
I saw big Norm, and did a double-take: Dude has TWO turntables! And he’s putting his mitts on them!!! WHILE they’re playing!!! And, and, wait - WHAT IS THAT SOUND HE IS MAKING!!??!?? Chuck giving him the big’un just sealed it for me, and I knew I now HAD to have two decks and a mixer. How about you? 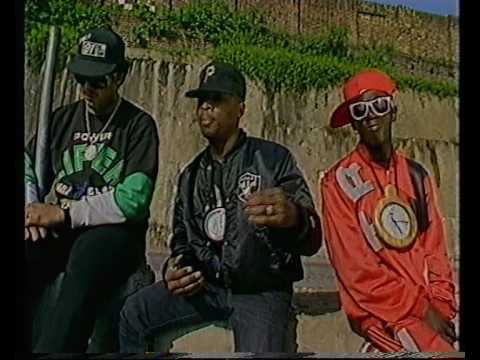 I was thinking about this, trying to remember when did I decide I was going to be a DJ and I couldn’t find the answer, then in work today out of the blue the memory came into my head.
In Dec 85 my mate Proski and I got caught doing graffiti, we had just done some tags on the doorway of Marks and Spencer’s and what do you you there’s a policeman right behind us, a trip to the police station it was which resulted in some very angry parents and seeing I was a bit crap at the graf I quit bombing that night and decided that I was going to be a DJ instead, I remember talking to the other kids about it when we got to school on the Monday.

and my grandmother says I ruined the decks, but I honestly don’t remember them getting damaged.
By 1987 I can some Citronic belt drive decks and the rest is history

I used to tape the good records from the top 40 on Sunday evenings and then splice them up and do a voice over and call it Radio 2000, it was the 80’s so not sure why I called it that but sounded good to me. I was only 8 or 9 when I started doing this so progressed from there really. A short spot on a pirate radio in the west midlands cemented my passion for it. I also remember going away on an outwards bound course in my first job with another bunch of 16 year olds from around the country and I supplied the soundtrack to the whole week. At the end of the course we had to say what we thought everybody would do for a living and mine was a DJ. Unfortunately the living part failed miserably and preferred to erm party a bit too much and lost confidence a fair bit so turned down some good opportunities. A hell of a hobby though.

It took me several years of playing in bands and writing songs with people. Played guitar, bass, keyboards. Eventually I realised I’m not very good at any instrument, I should just play records so people can have a good time. Such a difference, from having people standing metres away watching me, looking concerned and/or confused as I played my own songs, to suddenly having people get right up close, dance and smile as I played big disco records.

After trying to keep a band going for 10 years, figured it wasn’t worth the effort. DJ’d a party on my birthday for fun and realized 80% of the great feeling of playing music was there, with 10% of the hassle. Been doing it since.