I hate to tell you this, BUT (The Ibiza Thread)

Looking forward to my trip in mid-June. No family this time… 5 day mission with a like minded soul. What could possibly go wrong?

great news Joe. Will deffo pay a visit when we’re over. I think we did briefly meet once before in BCN when you did Michele’s night but all a bit sketchy!

What would be the best area for a 4 night stay in September? Never been before.

Cala Gracia just outside of San Antonio is where we have been staying the last few years. Walking distance from the nonsense but you feel million miles away… 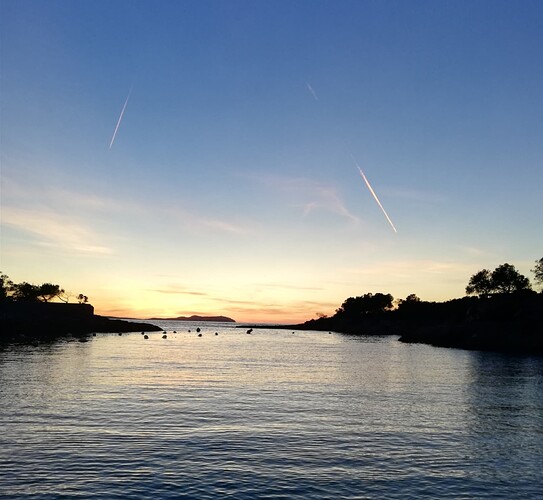 Depends on why you’re there really, but i’d say SE has the right balance of affordability, equidistance and food. Downside: no sunsets/music (aside from Word of Mouth). San An is trying to reinvent itself, clean up image but a slow burner. That’s where the cheapest everything is. But can still be a culture shock for some. Yet there are perks too. Eg Harvey should be about at Pikes thru Sept, so something else to factor in, transport-wise. The old town Eivissa on the other side has its charm too. The vara de Rey Rooms are very nice. Your bags get taken up by a pulley! If still going (she was elderly!) Pepita’s guesthouse is good fun down at Salines. Very much of the old school. Severino from HMD used to holiday there every summer. Prepared to be eaten alive though. Literally. Playa d’en bossa is pitched at the professional club kids now, but you might find a good deal. Loads of lovely rural villas in the Sant Josep area but you’ll need a big group. Further north I liked the Cala Boix hotel too. Secret lagoon near there! But the drive north is a pain in a jacksy. See also Portintax. San Joan is the last stand for old ibiza, still a few hippies around. The eats though are very much top end. I’ll probably pop over early Sept, somewhere west-ish this time

Good info fella’s, thanks. Just be me and the missus for empty nest commiserations/celebrations

so decent drinks and food basically plus a bit of beach stuff. Not bothered about driving for such a short trip.

Santa Eulalia worth a visit?

Traffic can be crazy getting there and it can be very busy at times. It’s best early in the morning for breakfast

Is it a good place to stay? Sounds a bit quieter?

I wouldn’t stay there as it quiter and you don’t see the characters that you would see around some of the more lively parts. If you want to visit places near there then it’s a good base but those roads and beaches are getting busier ever year with people wanting to see more of the island. I’ve been going to ibiza since 92 and first stayed in Ibiza Town and then San Antonio kinda grew out of San An and stayed in figueretas and PDB for many years before they tried to bling it up and last few years we are back on the west coast and loving it each time…

We tend to stay on Talamanca, just because its pretty convenient and cheap.

Its a great beach, we spent the day there in May. The sun lounger guy is really friendly too, had a great chat with him and he was helping me with my very early stages of learning Spanish!

SE is quiet although it’s a good place to meet up, eat more cheaply and ‘sort out’ the evening ahead. It also has free parking (potholed sandpit) on the hill behind. Nobody in SE pretends they’re still 20 and away from the front it’s still mostly quite local in feel. Heading up north you’re about 5-10min drive from some of the nicest beaches like Cala Nova. Avoid Es Canar ‘hippy’ market, which is pure tat, about as hippy as Camden Town. The new-ish ‘W’ hotel is where DJs like Alfredo, SAM and Ryan O’Gorman play on the rooftop. Nice breeze but not somewhere you can really let off steam, staff are constantly in your face, so not my fave. Generally I quite like the town and a few of the expat music crowd I know live around there.

We were there just a couple of weeks back and yeah, sun lounger fella is very friendly and was patient with me trying my Spanish too…to be fair I’ve been learning for five years now and it’s probably better than I think it is, a question of confidence really as my experience is mostly here in London with my Spanish teacher…Cala Gracio is a nice little beach…

We stayed here a few weeks ago on the back of a couple of recommendations on here and weren’t disappointed. Just north of San An but away from any nonsense, 10 min walk to Cala Gracio and amazing view of the sunset from the underused roof top terrace. Hostal La Torre isn’t far should that be up your street, while Pikes was less than 10 euros in a taxi. Journey back to airport was around 20 mins and bus station is walkable, from where you can get around the island if you want.

Just one thing, rooms at the back/poolside of the hotel overlook the bay, while the front right of entrance as you look at hotel overlook the pine woods/mountain etc. Front left of hotel however overlooks a building site. Not much going on while we were there but not the view we would have wanted (luckily we had sea view room).

Just returned from a few nights at Abrat after @Nice2CU2CUNice recommended it.

It was perfect for our needs. Really good value. Decent location for La Torre/Pikes etc and near main road to get pretty much anywhere on the island.

Bit odd being amongst “normal” holiday makers! Especially after a mushroom fuelled day out. That orange and white lobby could also be toned down a bit but never mind.

No idea what the breakfast was like. But the drinks in the bar are super cheap.

Highly recommended as a good value base.

That’s great, yeah those orange blobs are pretty groovy when you arrive back pie eyed

we are booked for end of July

I lived there for a summer season once, I agree with you, the island is beautiful, endless little hidden spots to discover between restaurants, beaches and so on.
At the time when I was working there I was lucky to get free entry in most of the clubs so I gave them a go, I didn’t; enjoy at all the big names, extremely crowded and expensive, I remember DC10 was suffocating, impossible to enter and that was 7 years ago, I can image now. But I still go back once a year for a break from the city and most of the time flight are cheap, car rental too and I keep finding hidden gems to have a swim or food. I really enjoyed the time I stayed in the North East, it was august and it was really quiet, I had a really cheap Airbnb by the beach, and I found a great restaurant called El Bigotes in the east side: no menu, only fish on the grill and you literally sitting by the water, better to book a table, it’s a small place.
The only night I really enjoyed was Mercury Rising on Monday at Pikes, it was free, you just had to drop your name on the Guestlist on they’re website, no cue, nice vibes, drinks where really cheap and was carrying on till 6am, although things changed a little now I guess, I remember last one I went finished at 4am, and there was a big cue but if you lucky someone invites u at an after in a villa

Rent a car, buy some beers and bocadillo in the supermarket, and go off road, u will find some magic spots

Santa Eularia is pretty tepid, family orientated, you could be anywhere